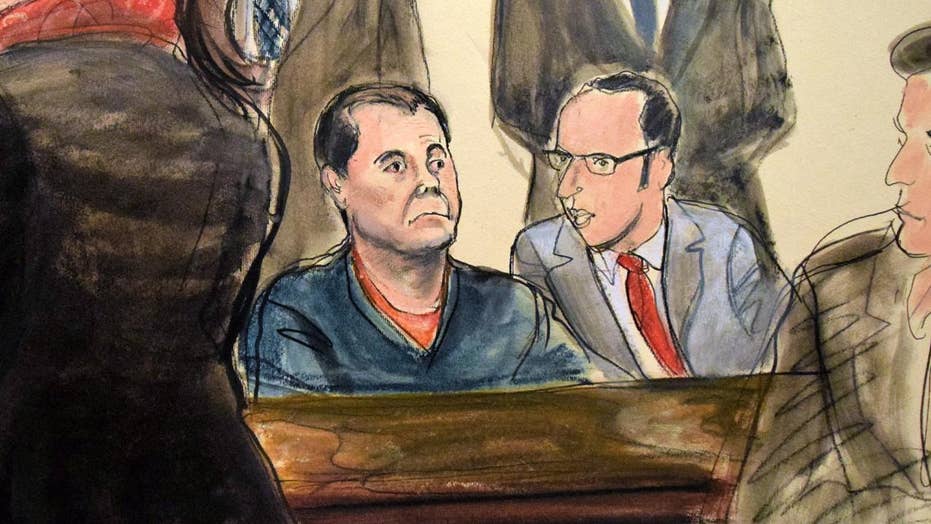 President Trump’s proposed wall along the southwest border could cost Mexico more than just the price of building it: An official estimated that cartels send a stunning $64 billion worth of drugs into the U.S. every year.

In 2013, Forbes named Luna one of the country’s top 10 most corrupt officials, and he has long been alleged to have ties to Joaquin “El Chapo” Guzman’s Sinaloa Cartel. His estimate may be astronomical, but it sounds about right, according to Scott Stewart, vice president for tactical analysis for the Austin-based geopolitical intelligence agency, Stratfor.

“It definitely runs into the tens of billions of dollars,” Stewart said.

Stewart said nobody, not even the cartels, know how much money is being made. He did say that the Mexican heroin and methamphetamine economy is booming, which is evident in the extraordinary rise of heroin overdoses in the U.S.

“Drug smugglers will always get creative and look for new ways to evade law enforcement, but without any kind of infrastructure we’re essentially inviting them to cross the land border either on vehicle or by foot,” Hunter told Fox News. “In San Diego, the double-fence halted vehicle drug drive throughs—in other words, there haven’t been any.

Hunter said improvements in the fencing and Border Patrol strategies have dropped the smuggling of people and narcotics significantly.

“Fencing can cut off major corridors for smugglers and it’s a force multiplier for the Border Patrol that either stops crossing attempts or slows them down enough for agents to respond,” Hunter said.