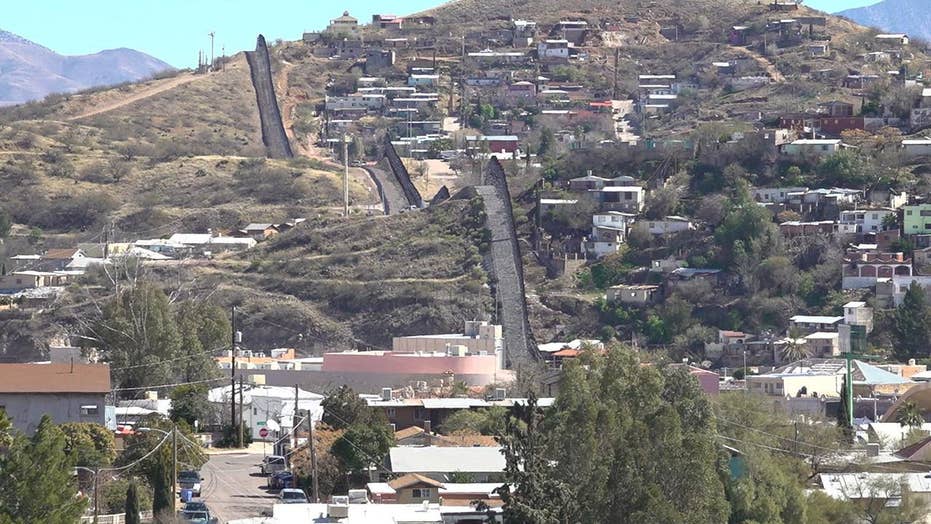 An alarming trend is happening at the U.S. and Mexico border. Cartels are hiring American children as young as 12 years old to smuggle drugs and weapons.

NOGALES, Ariz.– An alarming trend is spreading along the U.S. and Mexico border — cartels are hiring American children as young as 12 years old to smuggle drugs and weapons.

After noticing this increasing trend, Regalado decided to start the T.E.A.M. Kids program, also known as "Together Educating and Mentoring Kids," to warn students about border recruiters.

He said they soon noticed the need to implement the program as early as elementary school.

“We went out to local high schools and I noticed that students were already recruited at that point," Regalado said, adding that the information should be taught at an earlier stage in their lives.

Schools across the Southwest already have similar programs, such as Operation Detour, which is taught in middle and high schools, and the D.A.R.E. program, both of which try to combat violence and substance abuse. But agent Regalado deemed crucial to start his program earlier on in a child's life.

“There’s kids now being recruited in Phoenix, Tucson, not only for northbound activity but also southbound, where they are taking weapons from the United States into Mexico," he noted, "so it’s not just the narcotics coming from Mexico into the United States," said Regalado.

“As the county attorney I have the option of charging juveniles as adults if they’re 14 years of age or older and they commit a class two felony, said Santa Cruz County Attorney George Silva. "Normally when they are transporting drugs for sale it’s going to be a class two felony,” he explained.

The Santa Cruz County Attorney’s Office helps out with the T.E.A.M. Kids program by going into schools and talking with children about drug cartels activity and the cases they’ve prosecuted.

“At this school I had promised the kids that if you are caught with dangerous drugs I’m sending you to prison and that’s what ended up happening to this 17 year old...this student was an honor roll student, you know he was a very good student, he wanted to go NAU and he wanted to study criminal justice, so he thought 'I can’t afford to go to college so one way of being able to pay for my college is to run dope,'” said Silva.

Silva said his team is always trying get the upper hand. He explained that once the cartels realize children are being arrested, they move onto the elderly and pregnant women to smuggle the items instead. Eventually they circle back to using children.

“[Children] do it because they think it’s cool but they also do it because of the easy money… the minimum sentence is 3.5 years and obviously prosecuting them as adults means that they would be convicted felons for the rest of their lives,” said Silva.

T.E.A.M. Kids is a four week program focusing on the signs of criminal exploitation as well as the dangers of becoming involved with a cartel.

“These teenagers are either smuggling in vehicles, they’re smuggling on their body and in their body so it’s very dangerous,” said Regalado.

T.E.A.M. Kids also hosts a "parent symposium," which educates adults in the community. Agent Regalado said more than 400 people came to their last event in Phoenix this past November.

The T.E.A.M. Kids program is hoping to reach out to schools across the entire state and eventually branch out across the Southwest. Their next local event will be held in Santa Cruz County in April.