U.S. Customs and Border Protection officers seized a significant quantity of methamphetamine comingled with a commercial candle shipment at a bridge along the Texas-Mexico border in January 2018. (File)

In Pennsylvania, two people were charged with drug-related felonies after police found more than $230,000 worth of cocaine and methamphetamine in an apartment.

In another part of the state, police responding to a call about an overdose stumbled upon more than 1,300 bags of heroin, and 45 grams of meth.

In Iowa, police arrested a man who had more than $10,000 and a large quantity of of cocaine and meth in his hotel room. And in Florida, police who stopped a driver for speeding found 36 grams of cocaine, and roughly 22 grams of meth in his car.

These incidents, which happened across the last four weeks, show a relatively new trend in the rise and availability of meth and cocaine across the U.S.

The development is, in part, an outgrowth of the crackdown on opioids in the U.S., and the result of cartels finding other drugs. The 2018 National Drug Threat Assessment (NDTA), released last fall, noted the rise of more potent forms of meth and cocaine in the United States.

And the drugs are being smuggled into the country., the report noted, mainly by Mexicans, through the U.S.-Mexico border.

“We’re seeing an explosion,” said Mike Stuart, U.S. attorney for the southern district of West Virginia, according to the Washington Times. “We have all hands on deck in fighting the opioids crisis — the height of that might have been two years ago. It’s important right now that we’re ready and tackling the meth crisis that’s going to happen, and that we’re hitting the cocaine crisis.”

“There’s always going to be a demand for illegal and illicit drugs.”

Colombia, which for a time had been lauded for getting some control of drug cartels, is again a major player in a source country for narcotics – particularly cocaine – in the U.S. 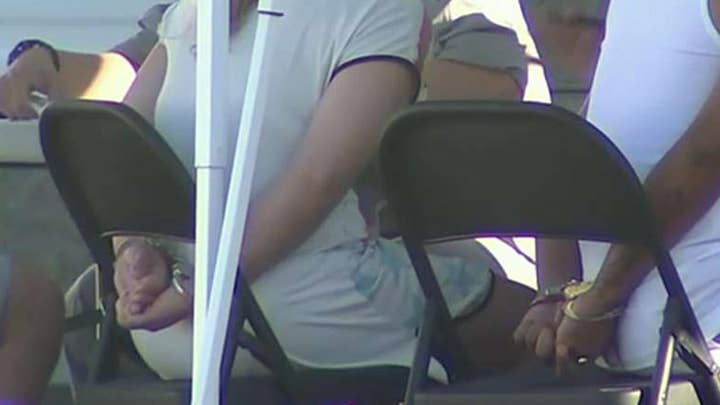 A peace process between the Colombian government and rebels had the unintended result of spawning more land use for the production of coca leaf, as the previous president stopped aerial fumigation meant to destroy coca crops. Farmers then switched to coca in the hope of qualifying for a government offer to compensate those who were growing the crop.

Particularly worrisome in recent years has been the mixture in many overdose cases of cocaine and illicit fentanyl, authorities say. The same is happening with meth, said Van Ingram, executive director of the Kentucky Office of Drug Control Policy, to the Washington Times.

“The Mexican meth is so cheap you couldn’t make it for cheaper than you could buy it,” said Ingram. Meth-related fatal overdoses rose in Kentucky by nearly 30 percent in 2017 from 2016. Nationally, they totaled some 10,000 in 2017, the Times said.

Cocaine overdose deaths rose to about 14,500 in 2017, twice what they were in 2015. Some areas of the country have seen a sharper rise in cocaine- and meth-related deaths. Often, illicit opioids such as fentanyl are mixed in with the drugs. In Connecticut, from a mix of cocaine and fentanyl soared to 220 in 2017 from 42 in 2015.

“Fentanyl is sometimes deliberately mixed with cocaine to create a ‘speedball,’ or with cocaine and heroin for a ‘super speedball,’” explained the NDTA report. “The desired outcome can be for the user to experience the ‘high’ of the cocaine with the depressant (heroin and/or fentanyl) helping to ease the otherwise sharp comedown after the effects of the cocaine subside.”

But many users are unaware the cocaine or meth they consume is laced with fentanyl, a synthetic opioid that is 50 to 100 times more potent than morphine, even in small amounts.

The DEA says that “as little as two milligrams of fentanyl is a fatal dose for most people. Fentanyl can be up to 50 times more potent than heroin.”

The drugs are appearing across the country. In Minnesota in September, a drug task force seized over 170 pounds of methamphetamine, with authorities saying it was the largest single meth bust in the state's history. The estimated street value was $7.75 million.

“Methamphetamine is still big business in Minnesota and Drug Trafficking Organizations bring meth to major metropolitan hubs like Chicago and Minneapolis then break down the product for mid-level dealers,” said Faribault Police Chief and Violent Crime Coordinating Council Chair Andy Bohlen was quoted as saying. “Eventually, the drug continues to spread and ends up in all communities across the state.”

In other states, authorities have sounded the same theme.

Also in September, authorities involved in a drug-related arrest in Banks County, Georgia, said they had made the largest methamphetamine confiscation in the county's history. Deputies seized 52.2 pounds of methamphetamine worth over $2.6 million, 6.9 pounds of cocaine worth $392,000, $22,000 in cash, and 10 firearms.

"We are accustomed to large quantities of drugs passing through our jurisdiction by way of the interstate," Sheriff Carlton Speed said in a statement to Fox 5 Atlanta. "However, this is a unique case because the Cartel essentially set up shop in Banks County."