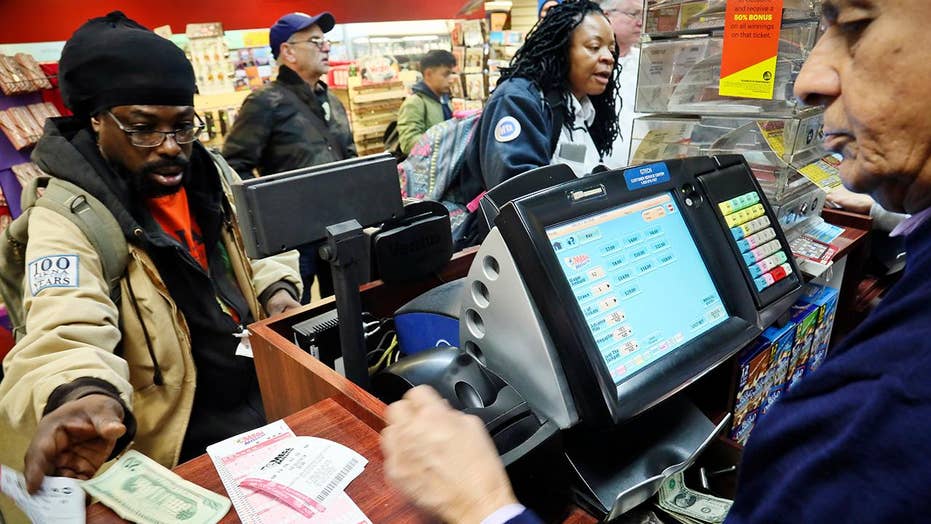 Lottery fever is gripping the nation

The Mega Millions jackpot on Saturday skyrocketed to $1.6 billion — the highest-ever U.S. lottery prize, according to officials.

MEGA MILLIONS JACKPOT CLIMBS TO $1B: WINNING ODDS, LUCKY NUMBERS AND EVERYTHING ELSE TO KNOW

With a 1 in 302 million chance to win the lotto jackpot, what are some of the most ridiculous things you could buy with $1 billion?

For $95 million, this 26-acre island could be yours. The island, according to Private Islands Inc., is located in the Card Sound Bay and is a 10-minute helicopter ride from South Beach in Miami.

While not on the market, curious jackpot winners may wonder how much the First Family's residence might cost. Real-estate listing website Zillow estimates the cost of 1600 Pennsylvania Avenue as more than $420 million.

The White House, according to Zillow, is estimated at more than $420 million. (iStock, File)

One of the world's rarest cars with only 36 ever made, the Ferrari 250 GTO is well-sought after.

One of the world's rarest cars with only 36 ever made, the Ferrari 250 GTO is well-sought after. (iStock, File)

Created from 1962 until 1964, a 1962 model of the car sold for $48,405,000 at an RM Sotheby's auction in August 2018. And, the buyer took home more than just the automobile: The price tag also included "exclusive access to some of the world’s most prestigious events and rallies, including to the famed GTO club and tours."

Sold in April 2017 for $71.2 million, the Pink Star diamond is the world's most expensive gem. The 59.6-carat diamond set a new world record for any diamond or jewel ever sold, according to Sotheby's.

The "Pink Star" diamond, the most valuable cut diamond ever offered at auction, is displayed by a model at a Sotheby's auction room in Hong Kong. (AP Photo/Vincent Yu)

Tens of thousands of Samoyed dogs

A purebred Samoyed with its fluffy, white, thick coat could sell for up to $11,000, according to Rover.com.

Samoyeds are seen as among the most expensive dogs. (iStock, File)

With a life expectancy of 12 to 14 years, the marshmallow-looking pup is described by the American Kennel Club as "adaptable, friendly, gentle."

If a loaf of pre-sliced white bread costs $2.50 at your local store, get ready for lots and lots of sandwiches. And, you might need a few million pantries to store it all.