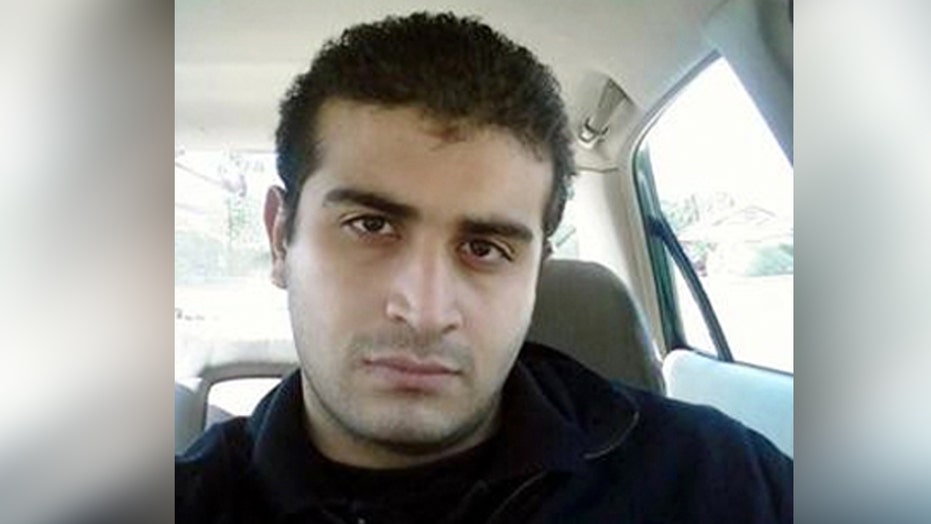 Omar Mateen was under investigation by the FBI twice

Orlando gunman Omar Mateen’s two trips to Saudi Arabia, one of which was a pricey package that included four-star accommodations and fancy meals, were highly unusual and may have been cover for terror training, according to experts.

The FBI is piecing together Mateen’s radical Islam roots, and the trips to Saudi Arabia could be a sign of his growing religious devotion. His stated reason for both the 2011 and 2012 trips was umrah, a Muslim pilgrimage to the Kingdom that is not as significant as the hajj, a trip all Muslims must make to Mecca at least once in their lives. Either or both of the trips could also have included a side trip.

“It's very possible for someone to take a trip to a country like Saudi Arabia and declare it as their destination when it is in actuality just a pit stop to a different country like Yemen,” said Ryan Mauro, national security analyst for Clarion Project, a New York-based research institute that tracks global terrorism. “Based on his blatant extremism and ties to a convicted Orlando imam known for facilitating international jihadists traveling, the strong likelihood is that these trips were not benign.”

A Saudi Ministry of Interior spokesman onfirmed that Mateen twice performed the umrah Islamic pilgrimage and that travel records showed he also visited the United Arab Emirates on one of the trips. But he said Saudi officials, who closely surveil tourists deemed to be a terror threat, had no evidence Mateen traveled to Yemen of made contact with known extremists during his visits to the Kingdom."

Mateen, 29, killed 49 people and wounded 53 inside the gay nightclub Pulse early Sunday, holding dozens hostage for hours before a SWAT team stormed the building and killed him in a gun battle. While holding captives, Mateen made multiple calls to 911, professing his allegiance to ISIS and support for the Muslim brothers who bombed the 2013 Boston Marathon, police said.

When Mateen aligned himself with terrorists is not yet clear, but his trips to Saudi Arabia would have put him within a day’s drive of Yemen, where Al Qaeda on the Arabian Peninsula has long had a large presence, and where ISIS also has gained a foothold in recent years. Several radicalized Americans have traveled to Yemen to train in terror camps.

Mateen’s first trip to Saudi Arabia was for 10 days, and the jaunt a year later was for eight. The 2011 trip was arranged by U.S.-based Islamic travel agency Dar El Salam and was a package the company calls the “Sacred Caravan Umrah.”

The package costs up to $4,000 and is generally comprised of four nights at four-star accommodations in Mecca and six nights in Medina, complete with buffet meals, sightseeing and religious studies and lectures.

The travel agency did not respond to a request for comment.

The second trip included a stop in the United Arab Emirates, but the exact itinerary of either trip is not known. The FBI, which searched Mateen’s condominium in Fort Pierce, Fla., overnight Sunday and into Monday morning, taking a computer and several other items, declined to comment on what investigators may have learned about Mateen’s travels.

Muslim leaders said it was unusual for Mateen to have made two visits to Saudi Arabia in consecutive years -- the first when he was just 24.

"It's not cheap to do so and people that young usually don't go twice,” said Adnan Khan, former leader of the Council of Pakistan-American Affairs. “And especially considering he appeared not to have come from a staunchly religious background."

Two trips in as many years is a bright red flag, said Mauro.

“A single trip to Saudi Arabia could be attributed to the mandatory hajj or umrah, but the second trip and the visit to the UAE suggest that his stated reason for traveling was a cover,” he said. “Even if the trip included legitimate religious travel, it does not mean the activity was limited to that.”

One umrah is usually enough for a Muslim, said Timothy Furnish, an expert in Islamic history and consultant to the Pentagon,

"The fact that Mateen made two of those would suggest that he felt he had many sins needing rectifying and/or he was not engaged solely in religious activity but meeting with someone in Saudi Arabia," Furnish said.

Mateen was born in New York to Afghan immigrants. People that knew him have said he was not overtly religious, but often expressed anger and a deep hatred of minorities. He had once aspired to be a police officer, was trained with weapons and worked for an international security firm after being fired from a job as a prison guard.

The Saudi Embassy in Washington did not immediately respond to a request for comment.

Neighbors in the quiet condominium complex where Mateen lived with his 3-year-old son and wife, Noor Zahi Salman, said the couple kept to themselves and did not wear religious garb.

"We were all shocked when we found out," one neighbor told FoxNews.com. "The most activity I ever saw from the apartment was his girlfriend -- or wife -- walking to the mailbox and back with their child."

However, sources say Mateen had a large collection of Islamic literature in his home, and people who knew him said he had expressed support for various terrorist groups.