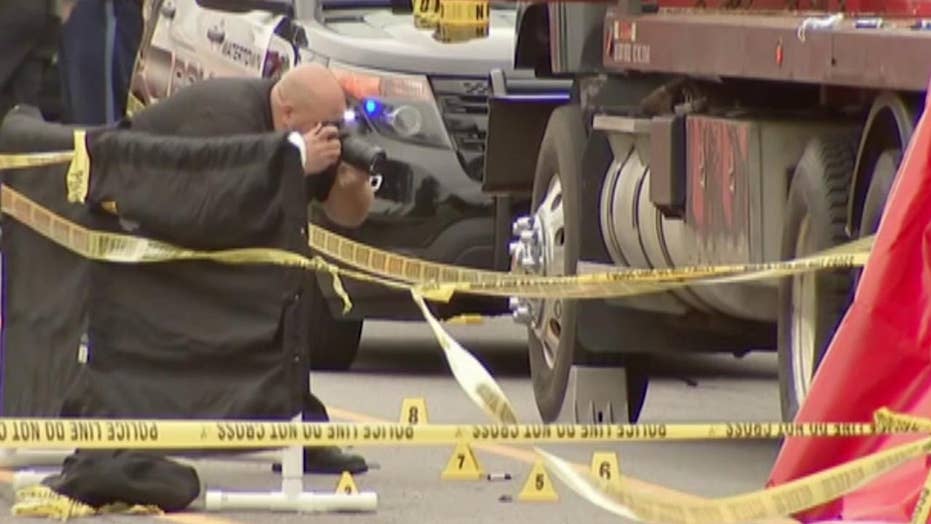 Raw video: Police investigate the scene where a woman was fatally struck by a flatbed tow truck, a man believed to be her son, then allegedly stabbed the truck driver.

A Massachusetts man is in custody after the woman he was with was struck and killed Wednesday by a tow truck, prompting him to stab the driver of the vehicle, police say.

Watertown Police responded to an alleged road rage incident at approximately 11:20 a.m. near the intersection of Nonantum and Galen Streets in Watertown, Mass., according to the Middlesex District Attorney’s Office.

Police found the 60-year-old woman who was “apparently struck by a tow truck”  dead at the scene.

Investigators say the man whom she was with “engaged in an altercation with the tow truck driver stabbing him multiple times in the abdomen.” He remained on the scene and was taken into police custody.

He was transported to an area hospital for treatment.

The driver of the truck involved was also taken to Boston-area hospital where he remains in critical condition.

It was not immediately clear where the dead woman and her companion were at the time of the incident.

Police have not identified the woman pending notification of next of kin.

The relationship between the man in custody and the victim remains unclear. The District Attorney’s office described him as “a man who is known to the woman.”