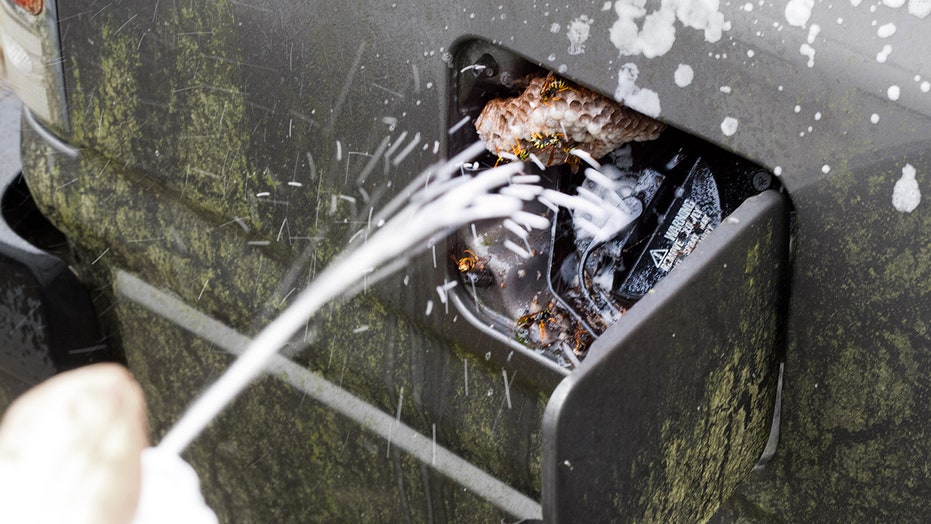 A Massachusetts man sparked a fire on his family home’s roof last week as he was trying to get rid of a pesky hornet’s nest with a Roman candle.

Dave Schmida, of Sturbridge, first tried using Raid, an insecticide spray, but that didn’t work — so he decided to use a firework instead, the Telegram & Gazette reported Thursday.

A video taken by his brother, Matthew, shows Dave firing three shots toward the hornets nestled into a corner of the roof on the third floor of their home.

BEEKEEPER’S WARM-WEATHER WARNING: ‘DO NOT BE FRIGHTENED’ OF SWARMING HONEYBEES

His first three shots missed but the fourth hit its target, and the hornet’s nest went up in flames.

Matthew Schmida posted the video to Twitter on Aug. 12, writing, "This was NOT the best way to take down a hornet's nest."

"Wait, stop,” someone could be heard saying in the video. “There’s a fire.”

“It [the nest] went up immediately,” Dave Schmida told the Telegram & Gazette.

The roof suffered minimal damage; some boards were burned and now there’s a small hole in the house.

“I did get rid of the bees, so I would say mission accomplished," Dave Schmida added.

Fireworks are illegal in Massachusetts for anyone without a professional license.