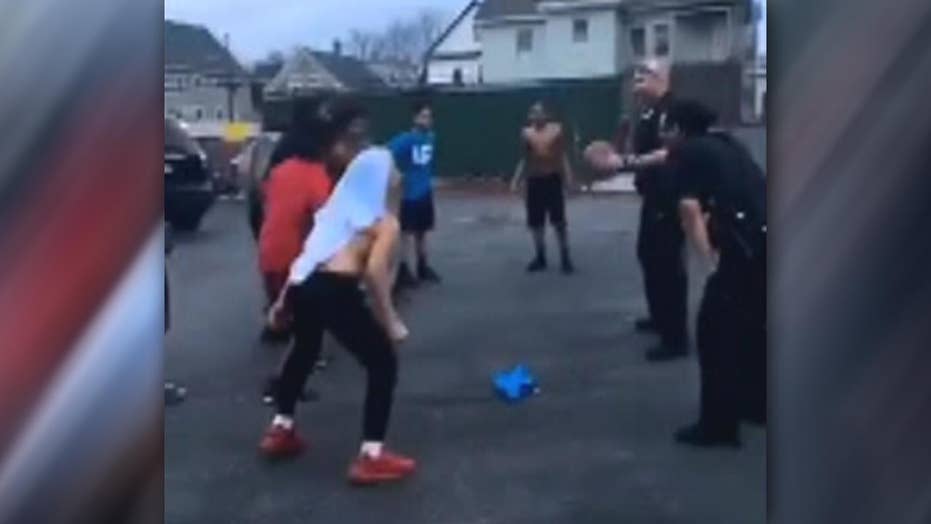 Cops play pickup game of basketball with group of kids

Several police officers in Lawrence, Mass., are getting a round of applause from the community and mayor after a pickup basketball game with a group of kids.

Video of the game was shared by a FOX25 viewer showing several officers playing on Lawrence Street.

The officers have not been named, but they are certainly getting a thumbs up from many residents.