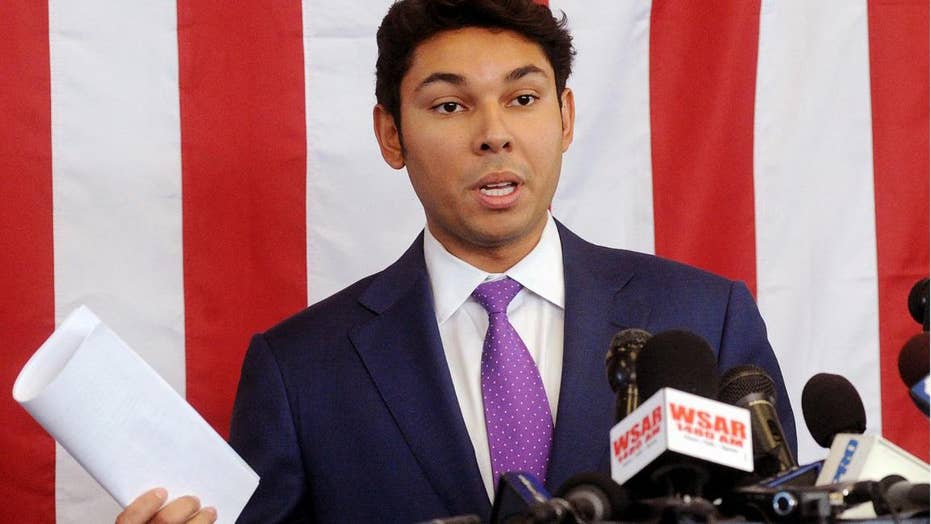 Massachusetts mayor refuses to step down after arrest

Democratic Mayor Jasiel Correia was arrested on suspicions of fraud and tax charges. He refuses to step down after being accused of spending stolen cash on clothes, a car and even adult entertainment.

An embattled Democratic mayor from Massachusetts, who was arrested last week on suspicion of fraud and tax charges, is refusing to step down, calling his arrest "politically motivated" hours before city councilors pushed back a debate on how to handle the matter.

"I am presumed innocent until proven otherwise," Mayor Jasiel Correia told reporters at a press conference at Fall River's City Hall. "I will not allow political enemies to remove me from office."

He said the attack began shortly after assuming office because he was "challenging the norms" in the town.

"Not arrogantly, not selfishly, but humbly, I will continue to every day show how hard working your mayor is, and I will not resign," he continued.

The nine-member Fall River City Council adjourned a special meeting after an hour of public input Tuesday before discussing the indictment against Correia, MassLive.com reported.

He has pleaded not guilty and vowed to fight the charges.

Correia’s attorney threatened legal action if the council removed him.

City Attorney Joseph Macy said earlier that the council does not have the power to remove Correia because he was elected and has not been convicted of a crime.

Councilor Steven Camara said his colleagues should take a "deep breath," and weigh removing Correia against the costly litigation that would follow.

"Let the judicial system do its duty," he said.

Other councilors called for Correia, 26, to be put on administrative leave while he fights the charges against him.

"If he truly loves Fall River, he should step down," said Council President Cliff Ponte.

Councilor Bradford Kilby urged Correia to step down to avoid causing a distraction.

"Step aside, Jasiel, do what's right," he said.

During the meeting, one woman said she was starting the process to recall Correia. Others came to the mayor's defense, insisting that he remain in office.

The money was supposed to go toward developing an app, SnoOwl, to connect businesses with customers. Authorities says he persuaded seven people to invest $363,690 in the company, the Boston Herald reported.

Correia was elected as city councilor in 2013, at age 23, and elected as mayor of Fall River in 2015, just one term later. He easily won reelection.