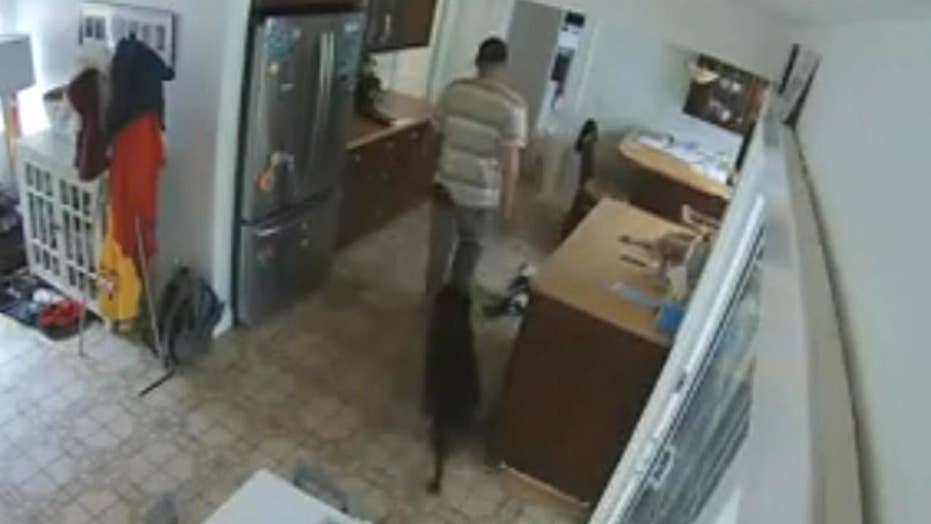 Burglar makes sure dog doesn't run away during robbery

Suspect makes sure the family dog is back in the house before fleeing the scene.

A suspect who allegedly broke into a home in Massachusetts earlier this month was kind enough to make sure the family dog didn't get loose, after he realized a security camera was watching his every move.

The unidentified man was recorded entering the home in East Milton on May 7, just before 1:30 p.m., the Milton Police Department wrote on Facebook Sunday. He knocked on the house's rear sliding-glass doors in the kitchen a few times before the dog barked and tried to greet the new visitor.

The man — wearing tan cargo pants, a brown striped shirt and hat with gloves in his back pocket — apparently shouted "hello" into the house a few times while the dog bounded in and out of the kitchen.

The suspect, police wrote, "realized there were cameras in the house while committing the crime as he covers his face upon exiting the home."

But before the man left, he seemed to call for the dog to come inside — then shut the kitchen door.

The police department asked that anyone with information on the break-in or the suspect please contact Detective Gennes Seaton or submit tips at the department's anonymous hotline.