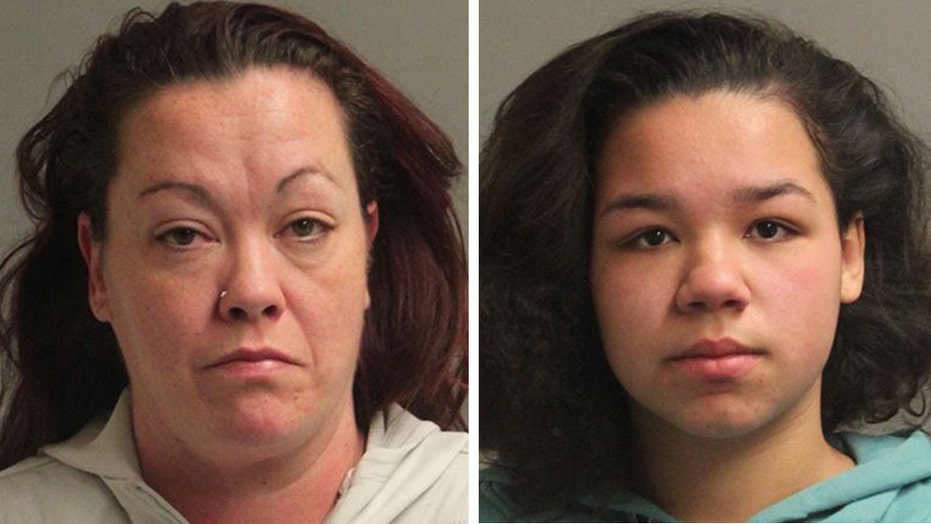 A 17-year-old mother and 43-year-old grandmother in Maryland were charged Thursday with the death of a 9-month-old boy who had overdosed on the powerful synthetic opioid fentanyl, according to reports.

WBAL reported that Alexus Taylor, the mother of the infant, was charged as an adult with first-degree child abuse resulting in death, second-degree child abuse, manslaughter and reckless endangerment; Laurie Taylor, the grandmother, was charged with the same charges plus two counts of reckless endangerment in regard to her own child, Alexus Taylor.

Alexus Taylor is being held without bail.

Laurie Taylor, left, and Alexus Taylor were charged Thursday with the death of a 9-month-old boy who had overdosed on the lethal synthetic opioid fentanyl, according to reports. (Anne Arundel County Police Department)

The news outlet said paramedics arrived around 9:28 a.m. on July 27 to find the baby unresponsive.

The baby was taken to Baltimore Washington Medical Center, where he died around 10:19 a.m.

Capital Gazette reported that heroin, fentanyl and a fentanyl residue were found in the blood, stomach and liver of baby Niyear.

Investigators found empty gel capsules with heroin and fentanyl residue in every single room in the Taylor house.