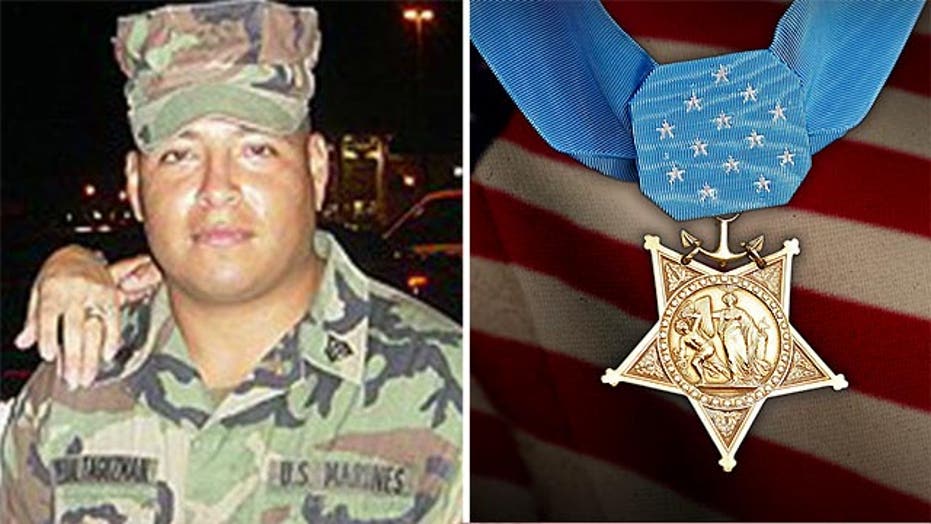 SAN DIEGO – The secretary of defense has denied a request to upgrade a fallen Marine's Navy Cross to the Medal of Honor, a San Diego congressman's office said Wednesday.

The Pentagon told Rep. Duncan Hunter it supports the decision of former Defense Secretary Robert Gates, who honored Sgt. Rafael Peralta with the Navy Cross instead of the military's highest honor.

Peralta was not conscious when his body smothered a grenade in Iraq in 2004, saving the lives of other Marines, Gates ruled in 2008.

The case was reopened this year after Hunter obtained a video of the battle action and a new forensics report. The lawmaker said the new evidence proved Peralta's actions were intentional.

But defense officials found the new evidence was not sufficient to change the decision, said Joe Kasper, Hunter's spokesman.

Pentagon spokesman Lt. Nate Christensen said he could not discuss the case, citing Defense Department policy to not comment on Medal of Honor nominations under consideration.

Navy Secretary Ray Mabus told reporters during a visit to Camp Pendleton last week that he had recommended Peralta be honored with the Medal of Honor.

Hunter's office told them the congressman, a former combat Marine who served in Iraq and Afghanistan, would continue to fight to get the medal upgraded.