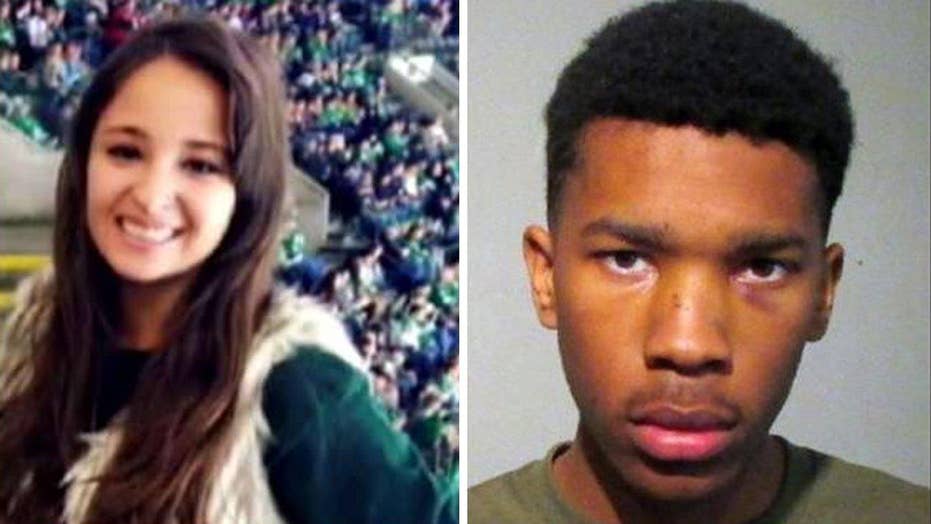 DALLAS – A Marine stationed in Arizona was arrested Tuesday in the fatal shooting early on New Year's Day of a North Texas college student, authorities said.

The U.S. Marine Corps said in a statement that Cpl. Eric Johnson, 20, was taken into custody at the north gate of the Marine Corps air station in Yuma, Arizona. Police in Denton, Texas, said he was arrested on a murder warrant in the death of 20-year-old Sara Mutschlechner.

Mutschlechner, a student at the University of North Texas in Denton, 40 miles northwest of Dallas, was fatally shot in the head after an exchange of words between people in the vehicle she was driving and a group of five or six men in a sport utility vehicle, according to police.

"Apparently it was an amicable conversation to begin with that quickly went downhill and some derogatory statements were made toward the female occupants of that vehicle," said Officer Shane Kizer, a Denton police spokesman.

Mutschlechner was the designated driver after going to a New Year's Eve party that at least two people in the SUV had also attended, according to police. Kizer has said police aren't aware of any interaction between the groups at the party, which had about 60 people there. The arrest affidavit says occupants of Mutschlechner's vehicle said they'd stayed at the party for about 45 minutes.

The arrest warrant for Johnson said the two male occupants of Mutschlechner's vehicle told police that the SUV's occupants said they wanted to have sex with the two women in the vehicle.

The affidavit says that when one of the men in Mutschlechner's vehicle responded that he didn't appreciate the comments, the driver, later identified as Johnson, displayed a handgun and indicated he would shoot. Shots were fired as the vehicles crossed through an intersection.

Kizer has said that after Mutschlechner was struck by a bullet, her vehicle hit another vehicle and crashed into an electrical pole.

Johnson "was seen with a handgun in the vehicle right before the shots were fired," Kizer said. He said the other people in the SUV are considered "persons of interest and witnesses."

Thomas Smith, a U.S. Marshals Service official in Yuma, did not know whether Johnson had an attorney who could comment on his behalf. Authorities also do not yet know when Johnson might be returned to Texas.

According to the arrest affidavit, Johnson was associated with an address in Fort Worth.

Kizer has said Mutschlechner was from Martindale, about 40 miles south of Austin.