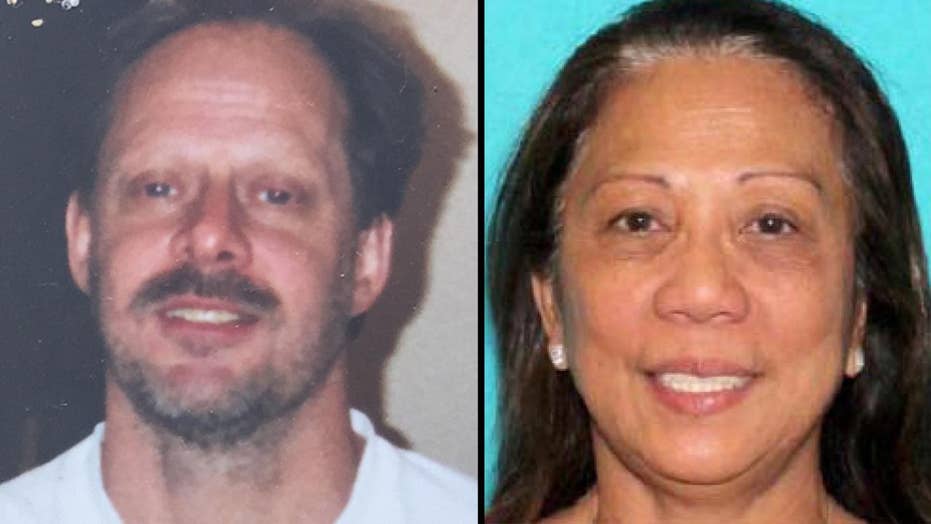 Marilou Danley had been out of the country while her boyfriend, Stephen Paddock, opened fire during a Las Vegas music festival, killing at least 59 people. Who is she? And what clues can she reveal about Paddock’s motives? Here’s what we know about her so far.

The one person who can provide insight into the Las Vegas killer's warped mind -- and potential motive -- returned to the U.S. Tuesday night after being in the Philippines, authorities said.

Marilou Danley, the Las Vegas shooter's live-in girlfriend who left the country before Stephen Paddock gunned down 59 people outside the Mandalay Bay Resort and Casino, was initially cleared in the aftermath of the shooting, but has since become a "person of interest."

Marilou Danley was overseas during the Las Vegas shooting.

How and when did Paddock acquire his deadly arsenal? And why did he open fire on a country concert crowd, killing dozens and injuring more than 500 people?

Clark County Sheriff Joseph Lombardo said Monday that Danley, 62, was in Tokyo, although on Tuesday her location and estimated return date to America were not immediately clear.

Marilou Danley was initially declared a "person of interest." Though that label was removed, police still want to talk to her.

"She was reported to have been in the Philippines at the time of the incident, but there are unconfirmed reports that she is no longer in the Philippines at this time," Philippine Department of Foreign Affairs spokesman Robespierre Bolivar told the Sydney Morning Herald on Monday. Bolivar added there was "no official confirmation yet on her nationality, original or acquired."

Those items led police initially to declare her a person of interest and launch a search. But detectives later made contact with her and said that they "do not believe she is involved with the shooting on The Strip."

Danley’s LinkedIn profile reportedly listed her as working as a “high limit hostess” at Atlantis Casino in Reno between 2010 and 2013. The casino told the Reno Gazette-Journal it was cooperating in the investigation.

An Australian newspaper said Marilou Danley is an Australian citizen originally from the Philippines.

An Australian newspaper, Brisbane’s Courier-Mail, reported Monday that Danley was an “Australian citizen originally from the Philippines.”

The newspaper said they believe she left the home she shared with Paddock in Mesquite, Nev., around two weeks ago to head to the Philippines.

"They did make inquiries of our authorities about her whereabouts, but she is no longer a person of interest," Bishop told Channel Seven, the Sydney Morning Herald reported.

FAMILIES, FRIENDS OF LAS VEGAS VICTIMS SPEAK ABOUT LIVES OF LOVED ONES

Multiple media outlets have reported that Danley’s now-deleted Facebook page identified her as a "proud mom and grandma who lives life to the fullest."

She previously was married to Arkansas resident Geary Danley, until the pair divorced in 2015.

A person listed as her witness in the divorce records insisted Danley isn’t connected with Paddock’s behavior.

“She had nothing to do with this psycho,” the man, who was not identified, told the Reno Gazette-Journal. “The poor lady, she is in the Philippines visiting family.”

Authorities have said Paddock has no links to international terrorist groups, despite ISIS claiming him as “a soldier” who converted to Islam months ago, The Associated Press reported.