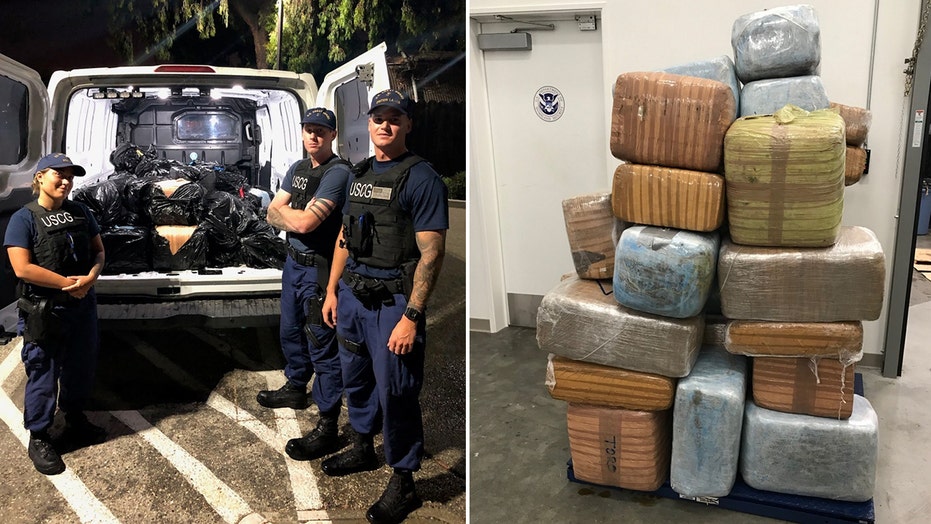 Numerous plastic-wrapped bales of marijuana – weighing a total of 1,300 pounds – were spotted floating in the ocean off the coast of Southern California, investigators said.

The Coast Guard recovered 43 bales of what were believed to be narcotics near Santa Catalina Island after a concerned citizen alerted the agency, a news release said.

U.S. Customs and Border Protection (CBP) confirmed the bales contained an estimated $1 million worth of marijuana.

AROUND $2M WORTH OF COCAINE WASHES UP ON NEW ZEALAND BEACH: REPORT

"We appreciate the assistance provided by our partners and vigilant mariners in keeping these drugs off of our streets," said Lt. Andrew L. Fox, the Station Los Angeles-Long Beach commanding officer.

Federal officials were investigating the initial source of the bales.

Last week, $2 million worth of cocaine wrapped in blue packaging washed up on a New Zealand beach. A crime expert cited by The Guardian said the packages likely came from Peru or Colombia.