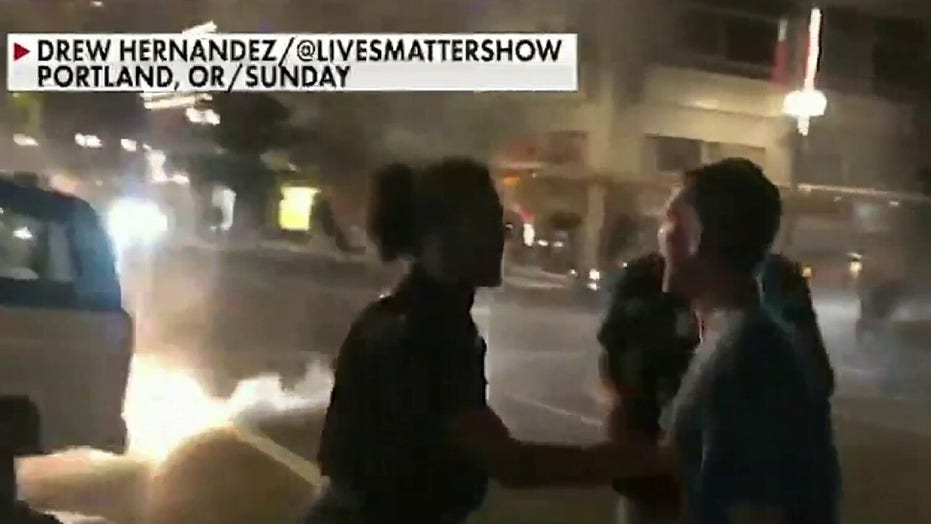 Police searching for suspects; Dan Springer has the details.

Portland police on Tuesday identified a suspect in Sunday night's attack on a truck driver who was seen on video being violently beaten.

The Portland Police Bureau is on the hunt for Marquise Love, who also goes by the name "Keese Love," for his alleged involvement in the vicious assault that was caught on video and circulated on social media.

Officials said in a press release they have made several attempts to find 25-year-old Love, but have so far been unsuccessful. They have said they have probable cause for his arrest.

"The Portland Police Bureau is taking this assault and other incidents of violence extremely seriously," said Chief Chuck Lovell in a statement provided with the press release. "Our Detectives continue to investigate this assault as well as other acts of violence directed toward protestors, but we need more than just videos from social media. In order to hold individuals responsible for criminal acts, we need the public to provide information and refrain from tampering with evidence." 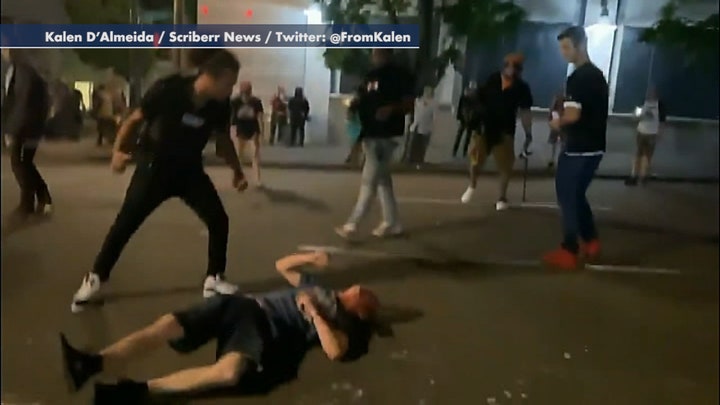 Shortly before 10:30 p.m. on Sunday, police responded to a 911 call from someone who reported that protesters “chased a white Ford” four-by-four truck, which then crashed in the downtown area, according to a department press release. Protesters then dragged the driver out of the vehicle, one caller stated. Another told police an estimated nine to 10 people began “beating the guy,” the caller stated.

When police arrived, they discovered the man unconscious and transported him to a local hospital. Another woman appeared to have also been assaulted in the video that circulated on social media.

“Investigators learned that the victim may have been trying to help a transgender female who had some of her things stolen in the area of Southwest Taylor and Fourth Ave., the location where this incident began,” police said late Monday.

Investigators said they are hoping to speak with the woman.

The victim has since been released and is home recovering.

After the attack, several media outlets incorrectly identified Love as an employee of the Star Protection Agency, a security firm with an office in Portland, said company COO Bryan Kettler. He told Fox News Love was briefly employed with the firm from January through March as an unarmed security guard.

All the equipment issued to Love while he was a security guard had been accounted for, Kettler said. The attacker authorities believe to be Love was spotted wearing a tactical vest with security patches, which are not part of any uniform issued by Star Protection, Kettler said.

"We decry violence in all forms, and our hearts go out to anyone that has been injured. We hope for their speedy recovery and will fully cooperate with any law enforcement investigation to ensure justice is done," he said. "Any use of Star Protection imaging or logos in connection with this individual is unfortunate and unauthorized."

Anyone with information is asked to call Det. Brent Christensen at 503-823-2087 or at Brent.Christensen@portlandoregon.gov.