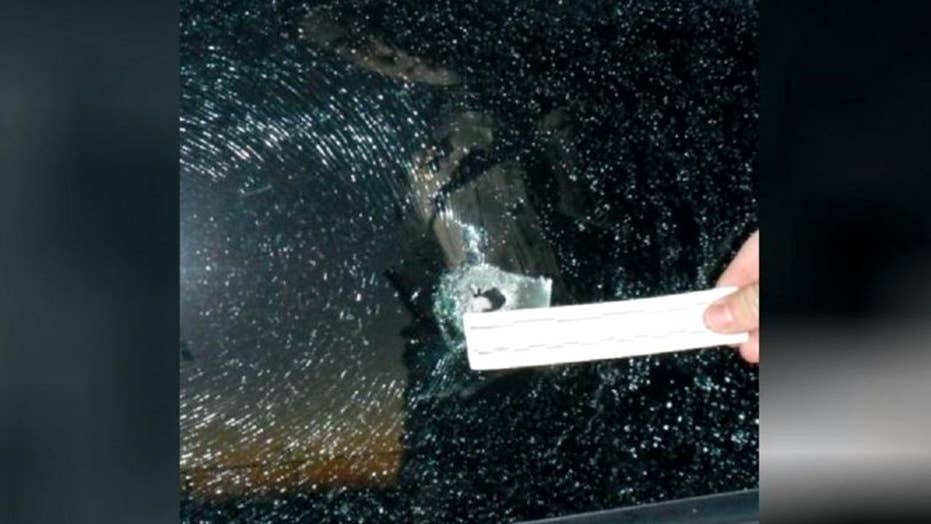 Manhunt for gunman randomly shooting at cars in California

Jonathan Hunt reports on the investigation in Fresno County.

Police in California's central valley on Friday were searching for at least one suspect after 10 random shootings on vehicles that resulted in one woman injured.

A woman was shot when she was driving earlier this month in Fresno County, near the rural town of Kerman, Reuters reported. Her injuries were not life-threatening. The nine other shootings occurred between Nov. 27 and Dec. 17, authorities said. Cars were struck by gunfire, but no one was wounded, the report said.

“If this keeps going, it’s going to be a matter of time before we have a murder investigation,” Mims said. “That’s what we’re trying to avoid.”

Witnesses described the suspect’s vehicle as a dark colored pick-up truck with oversized tires, she said.

Investigators are not sure if a single suspect or others are behind the attacks, authorities told Reuters.

The motive for the shootings is unknown, the report said, citing the Fresno County Sheriff’s Office, and authorities believe the victims were randomly chosen.

“To the suspect, this is a cowardly act and we are working very hard to find you,” Mims said. “We will hold you responsible.”