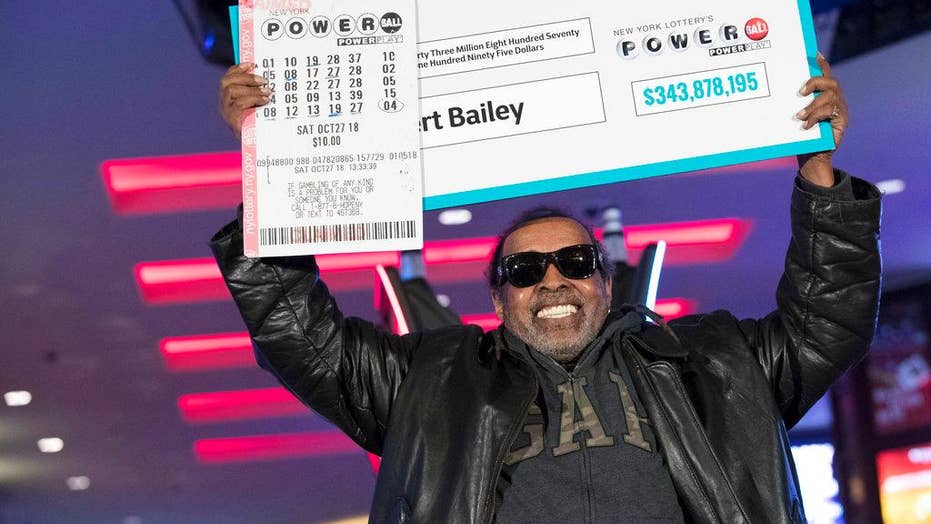 A New York City man won $343.9 million last month, the largest prize in New York Lottery history, after playing the same numbers -- in the same order -- for the last 25 years.

Robert Bailey, a retired postal worker, won with perseverance and the lucky combination of 8-12-13-19-27-4 on Oct. 27, The New York Times reported. On Wednesday, he collected his check at the Resort World Casino in Queens. He opted for the lump-sum payout of $125,396,690, after taxes.

“I’m still in somewhat of a shock but I’m happy also again,” he said Wednesday, according to The New York Post. “I’m totally blessed.”

He said he will not stop playing the numbers.

"I will continue playing my numbers until this train runs out," Bailey said. "I'm going to ride this out; I can't stop now."

He told reporters on Wednesday that he “had to play this morning before I came here” to the public award ceremony in Queens.

Bailey split the $687.8 million Powerball jackpot with Lerynne West, 51, from Redfield, Iowa. She told The Des Moines Register that a clerk had generated the numbers randomly for her.

West announced plans to start a foundation and to donate $500,000 to an organization supporting wounded veterans, The Times reported. West's father was a Vietnam War veteran, according to The Register.

Bailey said he would “give back to Manhattan,” according to The Times. He did not offer specific details on how he would do so.

"I still want to be me. I can't let money change me. I'm going to keep doing the right thing," he said.

He also said he wants to buy some land and a house for his mother and set up some good investments to take care of the next generation of his family.

He'd like to travel too, hitting Las Vegas and parts of the Caribbean.