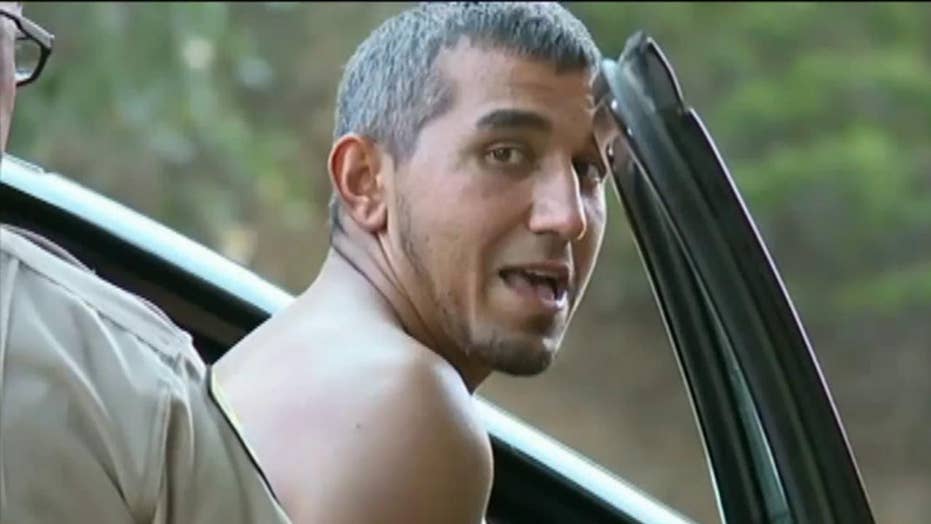 Officials say a man stole a fire engine and lead law enforcement on an hours-long chase in California.

A man and woman allegedly stole a fire truck after seeing the door open and “thought, Hollywood,” before leading police on an hours-long chase through several California towns.

A Sacramento Metro Fire engine was stolen Saturday afternoon from the scene of a vegetation sire in the Rio Lina area, FOX 40 reported.

The unidentified man stole the truck, valued at about $1 million, in Rio Linda and picked up the woman outside her home about 1 miles away and a pursuit ensued, KCRA reported.

The stolen fire truck sustained damage, including a front wheel that was down to its rim. (Metro Fire of Sacramento via Twitter)

"One driver, at a time, had a shirt completely covering their face except for their eyes, so it was hard to tell whether or not that was the female or the male," said CHP Sgt. Brian Wittmer told reporters.

The chase came to an end two hours later on Highway 70 in Butte County where it was stopped by California Highway Police after spikes deployed pulled a tire off the truck.

Two suspects – a man and a woman – were taken into custody.

Investigators said the suspects took turns driving and were both believed to be under the influence of drugs, alcohol or a combination of the two during the chase.

"The door was wide open, we thought, Hollywood, just (expletive). All right, here you go, we’re going to drive, take off," said the unidentified male suspect after he was detained, KCRA reported.

“Our #1 priority is the safety of our community and in this case, that of affected communities through which the pursuit took place. We are relieved no one was injured, including any of our personnel from #MetroFire and all other responding allied agencies,” Metro Fire of Sacramento said in a tweet.

Authorities said the truck will be assessed for damage.

Photographs of the vehicle posted to social media showed the fire truck sustained damage, including a front wheel that was down to its rim.

“It wouldn’t be going into service until extensive work is made,” Metro Fire spokesman Capt. Chris Vestal told the Sacramento Bee.