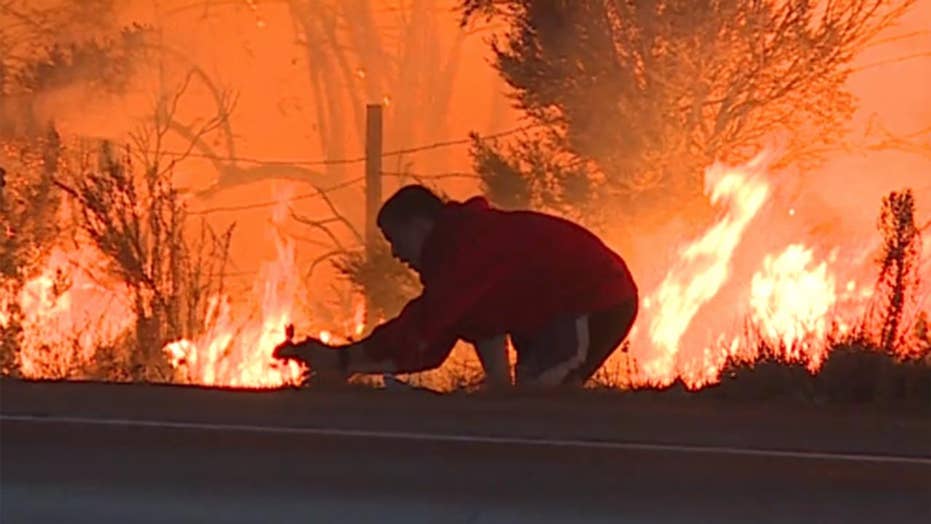 Driver pulls over to save rabbit as blaze rages by highway

The hoodie-wearing “hero” caught on video rescuing a rabbit from the California wildfires may have actually made things worse for the poor critter.

Local animal experts warn that any wildlife spotted near a blaze should be left alone — especially desert cottontails like the ones common to Southern California.

This is due to the fact that they are still giving birth to litters around this time of year and are typically keeping them safe underground in their burrows, according to Live Science.

So in reality, while the video of the rabbit rescue is heartwarming, some say it should really serve as an example of what not to do when you spot an animal near the flames.

“If you encounter a wild animal in our neighborhood, leave it alone,” California Fish and Wildlife spokesperson Peter Tira told SFGate back in October as wildfires were raging in Northern California.

“Fire or no fire, just let the animals be,” he said.

The comments were in response to a Facebook post going around at the time asking local residents to provide water and shelter for any wildlife that shows up in their yards.

“Fire is something animals have to deal with constantly,” Tira explained.