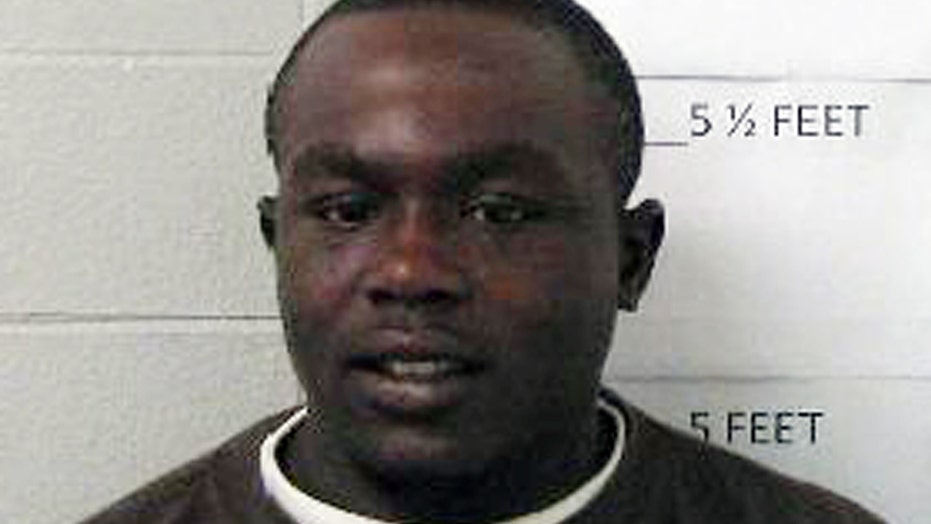 A man suspected of shooting three people in an Alabama church was likely upset over a recent breakup and visitation issues with his son, police said.

James Junior Minter, 26, is being held without bond in the shooting of his girlfriend, his infant son and a pastor who tried to intervene Sunday morning, according to Selma police Lt. Curtis Muhannad. The pastor has been identified as Earl Carswell.

Minter was arrested after he opened fire during church service at Oasis Tabernacle Church in East Selma, Alabama.

Witnesses told police that Minter entered the church and sat in the front row between his girlfriend and the baby, according to a statement released by the Selma Police Department. Minter then pulled out a handgun and started shooting, the statement said. The girlfriend, 24, fell to the ground, and Minter fired at her, striking her in the jaw and shoulder. The baby, a 1-month-old boy, was shot in the hand.

Carswell, 61, then grabbed Minter and was shot in the leg. Members of the congregation helped subdue Minter and managed to wrest away his gun, according to police. Minter then ran out of the church.

The pastor was taken to a local emergency room for treatment, while the woman and baby were taken to a hospital in Birmingham. The victims are in stable condition.

After he fled the scene, Minter was captured by police less than a mile away. His vehicle was left at the scene and a gun was recovered at the church, the statement said.

District Attorney Michael Jackson praised the pastor and members of the congregation for helping wrestle the gun away.

"A whole lot more people could have been shot," Jackson said, "They all played a heroic role."

Minter is being held at the Dallas County jail. The Selma Police Department said Minter has been charged with three counts of attempted murder and may face other charges.

Minter had been arrested before but details on the nature of his past encounters with police weren't immediately available, Muhannad said. Authorities are also investigating whether Minter violated a protective order, Muhannad said.

Jackson said worshippers having to be alert and on guard in a place meant to be a sanctuary was a shameful commentary on society.

"We've reached the point where all churches are gonna have to have cameras and check for weapons," he said. "That's the way society is going now. It's the world we live in now."