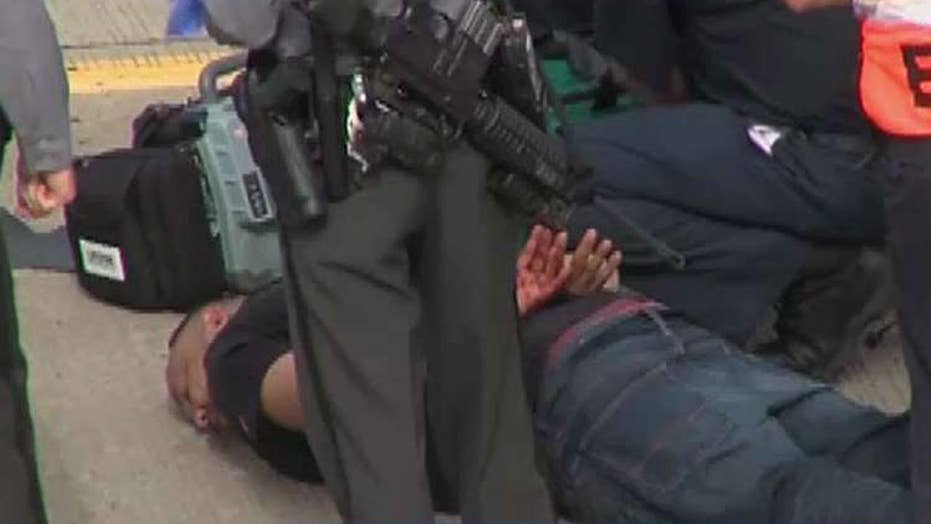 Man involved in abduction was an illegal immigrant

The man suspected of taking a 6-year-old Connecticut girl prompting an Amber Alert on Friday had previously been deported, federal immigration officials said.

Oscar Hernandez was taken into custody on Friday following a high-speed car chase and crash on Interstate 99 in Benner Township, Pennsylvania. State police said he had refused to pull over when a state trooper spotted the car, which had been the subject of an Amber Alert.

Federal immigration officials said Hernandez is a citizen of El Salvador and had been previously deported on Nov. 27, 2013. He has prior felony convictions including assault and threatening. U.S. Immigration and Customs Enforcement had placed a detainer on him, an agency spokesman said in a statement.

Hernandez is accused of taking his 6-year-old daughter Aylin Sofia Hernandez from her home in Bridgeport, Connecticut. Police issued a public alert about the girl at about 2:45 a.m. Friday.

Officers had gone to the girl's Bridgeport home and found her mother, Nadia Gonzalez, fatally stabbed.

Another woman in the home also was stabbed multiple times and was hospitalized. Police said she's expected to survive.

Benner Township is about 300 miles from Bridgeport.

Hernandez was being held as a fugitive from justice in Pennsylvania and couldn't be reached for comment. Bridgeport police have a warrant for his arrest.