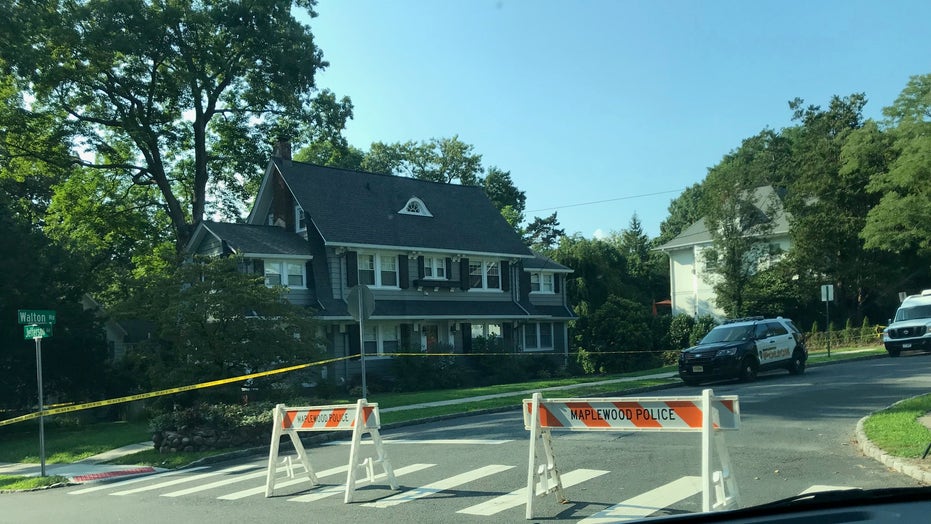 A northern New Jersey man and his nanny were found dead early Saturday after a 911 caller reported the woman had been attacked.

Police in the suburb of Maplewood responded to a 911 call around 6 a.m. from a jogger who reported that the woman was lying on the lawn of the home where she worked and was bleeding from the head and torso due to apparent stab wounds, eyewitnesses told WABC.

Police responded to reports of an attack at the home near the 400 block of Walton Road near Jefferson Avenue on Saturday morning. (Chris Kensler)

When officers checked the house, they found the man dead inside. The woman was rushed to Beth Israel Medical Center but died an hour later.

WNBC, citing sources, reported that blood splatters and other evidence suggest that the woman had been stabbed inside the house and was running away from her attacker, who continued to stab her outside.

Police have not released the victims' names but neighbors told local media that the man lived in the house with his wife and children, who were not home at the time of the attack.

"They haven’t been here long," a neighbor who only gave his name as Rich told NJ.com. "I’d drive by and see normal activity, the kids would play, nothing out of the ordinary."

Neighbors told WABC they saw a man believed to be the woman's boyfriend hanging around their street Friday and looking suspicious. Police told the station they know who they are looking for and added that the community is not in danger.

The Essex County Prosecutor's Office is investigating the incident as a double homicide and said it does not appear to be a murder-suicide.