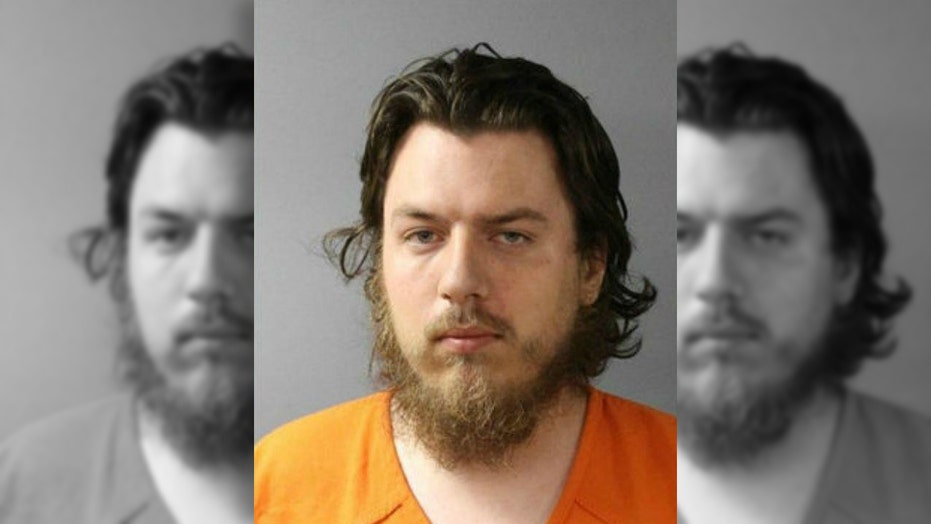 A man allegedly placed a homemade bomb behind a Pennsylvania hotel on Sunday and claimed it was a warning that aliens will destroy the planet if humans didn't "start being good people, police said.

David Oxenrider, 29, was taken into custody by state troopers after they responded to the scene at the Bahney House in Myerstown, a city roughly 25 miles north of Lancaster, where he reportedly lives.

David Oxenrider, 29, was arrested on Sunday after he allegedly made a homemade bomb, police said.

A state police bomb squad disabled the package, and no one was injured in the incident.

Oxenrider told investigators he encountered aliens and a UFO in 2014. He claimed the aliens told him: "Humans need to start being good people, or else they were going to destroy the Earth with a nuclear laser beam."

The 29-year-old, according to a criminal complaint, says he tells people about the aliens, but people tell him he's "crazy" in return. So he allegedly created the bomb to warn authorities.

Oxenrider is charged with manufacturing a weapon of mass destruction, causing or risking a catastrophe and reckless endangerment, and is awaiting arraignment.