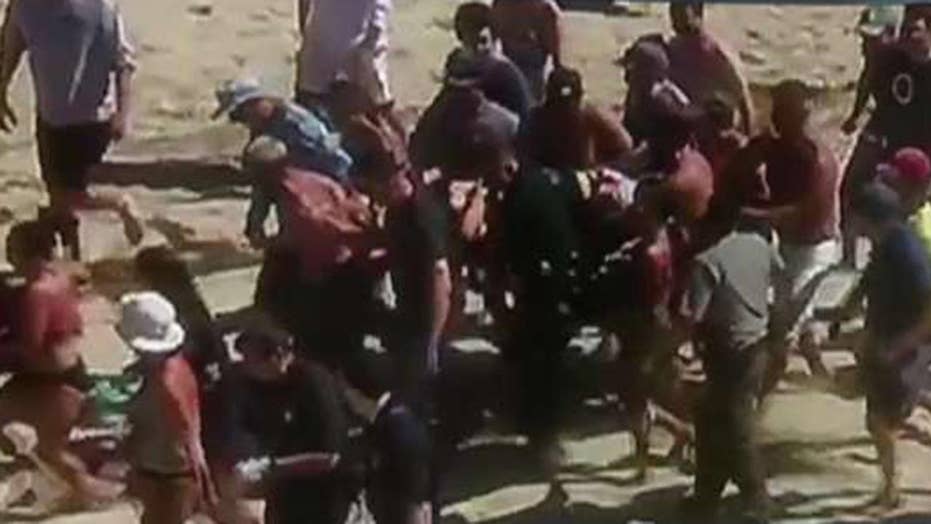 Fatal shark attack on Cape Cod is the first since 1936

A twenty-six year old man was boogie boarding when he was bitten, he died of his injuries at a local hospital.

A man in Cape Cod, Massachusetts, has died after he was bitten by a shark around noon local time on Saturday.

The man, identified as 26-year-old Arthur Medici of Revere, was seen boogie-boarding about 30 yards off the beach when the attack occurred, according to the Cape and Islands District Attorney’s Office.

The Wellfleet Police Department said in a Facebook post that emergency officials performed CPR on the victim. Shortly after, he was rushed to the Cape Cod Hospital by officials with Wellfleet Fire Department but succumbed to his injuries.

Medici’s death is said to be the first fatal shark attack in Massachusetts since 1936.

The death follows an Aug. 15 attack on 61-year-old William Lytton, who was swimming off Long Nook Beach in Truro, also on Cape Cod. The neurologist struck the shark in the gills after remembering a nature documentary that said that was the predator's most sensitive spot. His attack was the first in Massachusetts waters since 2012.

The Scarsdale, New York, native hopes to be released soon from the hospital and rehabilitation center he's been in since but has one more surgery scheduled.

It was not immediately clear what type of shark attacked Medici or what his injuries entailed.

Lt. Michael Hurley of the Wellfleet Police Department was not immediately available for additional comment when contacted by Fox News on Saturday.