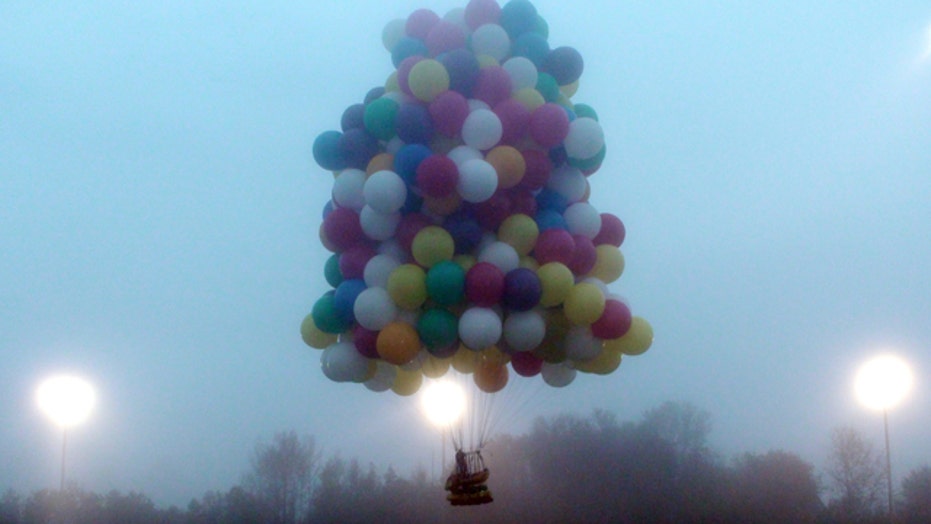 'Up'-inspired attempt to fly across Atlantic

CARIBOU, Maine – A balloonist who was attempting to cross the Atlantic Ocean using hundreds of helium-filled balloons has landed short of his goal in Newfoundland.

Jonathan Trappe, a 39-year-old North Carolina native, posted Thursday night on his Facebook page that he landed safely at an "alternate location." It's unclear what's next.

Trappe had hoped to become the person to cross the Atlantic using a cluster of balloons, like those used in the animated movie “Up.” He lifted off early Thursday from Caribou, Maine.

“Thankfully he is safe and well and currently making preparations to get home,” Kevin Knapp told The Telegraph from the command center overseeing the flight. “While disappointing that he had to cut his quest across the Atlantic short, I know Jonathan thanks everyone for their support and encouragement.”

Trappe, who reportedly faced a 100-day wait for favorable weather conditions, already holds the record for the longest ever cluster balloon flight of 14 hours. He became the only person to have crossed the English Channel by cluster balloon in May 2010 and the Swiss Alps in September 2011, The Telegraph reports.