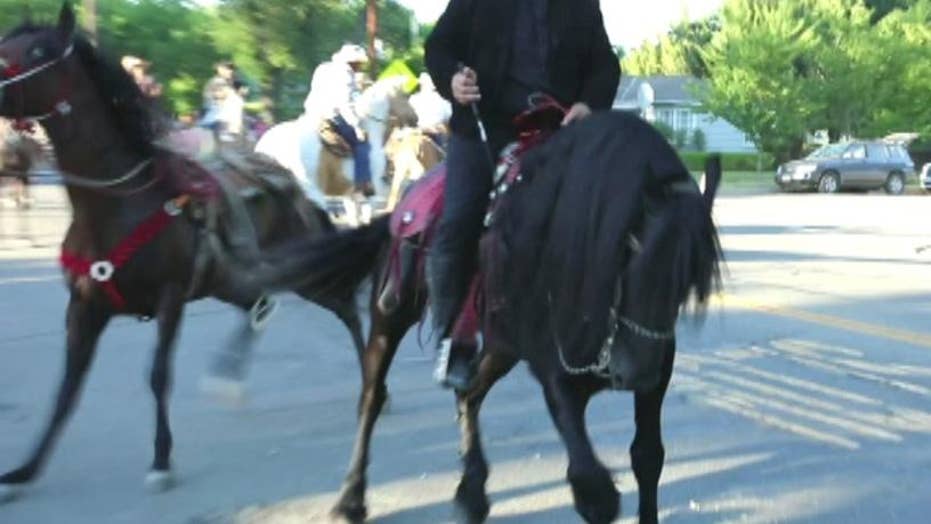 A man suspected to be intoxicated was arrested after his horse injured a boy at a parade in Colusa, California.

An 8-year-old boy was injured at a popular California parade by a runaway dancing horse that managed to throw off its rider -- who was charged with riding while intoxicated.

Video showed the horse bucking off the rider, identified as Armando Ruiz, and galloping right into a crowd at the Colusa County Fair parade June 8, Fox 40 Sacramento reported.

“It was pretty chaotic for a few minutes there,” Colusa Police Sgt. Elden Tamez told the station.

The boy was treated for a broken leg. Parade-goers grabbed the horse.

Ruiz was arrested on a felony charge of driving under the influence, according to the station.

“In California the same laws apply when riding horse as driving cars,” the Colusa Police Department said in a Facebook post Thursday.

"I’ve been here 20 years and this is my first time charging somebody for this," he said.

The signature dancing horses are a staple at the Colusa County Fair and were putting on a show again when the incident unfolded, the station reported.