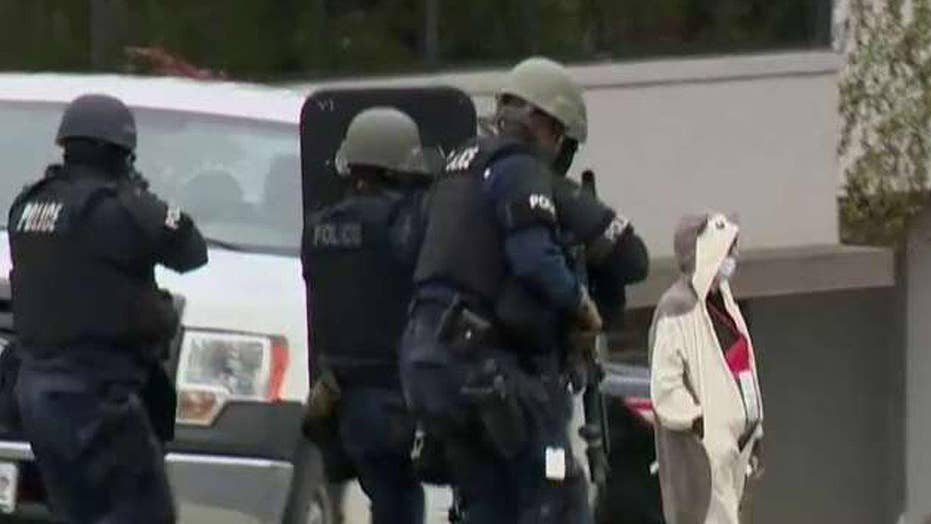 Police neutralize man who made bomb threat in Baltimore

The man accused of walking into the Fox 45 Baltimore station wearing a hedgehog onesie with a fake bomb made of chocolate bars strapped to his chest is due in court later this week.

Alex Brizzi was charged with second-degree arson, first-degree malicious burning, threat of arson, four counts of reckless endangerment and one count of possessing a phony destructive device stemming from the April 28 incident at the station.

Officials said the April incident began when Brizzi lit his Ford Fiesta on fire in the parking lot, walked into the station wearing the animal costume – with a red life vest beneath it – and stated he had a bomb strapped to his body.

“Brizzi announced to security in the lobby that he had a bomb and then demanded that a thumb drive that he had in his right hand be played on the air,” the police report said.

Employees quickly evacuated and a brief standoff with police ensued, which ended when police shot Brizzi as he exited the building.

“As he approached police positions he was repeatedly ordered to stop and remove his hands from his pockets,” the report said. “Brizzi continued to advance towards police and was incapacitated by SWAT team members.”

It turned out that Brizzi did not have a bomb. Instead, the “device” was constructed of several chocolate bars wrapped in aluminum foil and electrical tape with wires sticking out.