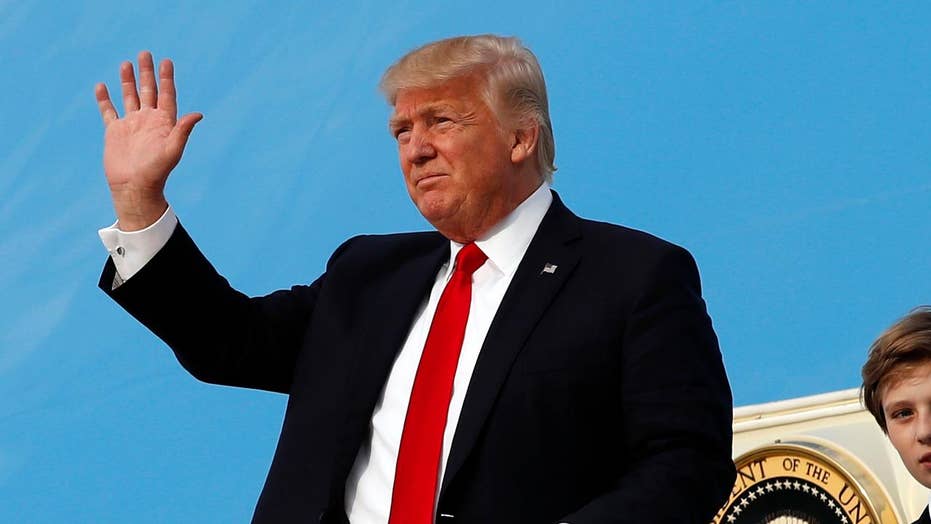 How North Korea and Syria have changed foreign affairs

A man accused of assaulting a woman at a rally for then-candidate Trump last year said in a new court filing Friday that he was only following Trump’s directions when he helped remove her from the raucous crowd.

Alvin Bamberger, 75, filed a countersuit in U.S. District Court, saying "he would not have acted as he did without" Trump's "urging and inspiration." Bamberger is accused of shoving Kashiya Nwanguma at the Louisville, Ky., rally last year, according to WDRB-TV.

In his filing, Bamberger cited other Trump rallies, saying the president and his campaign "repeatedly urged people attending" the rallies to "remove individuals who were voicing opposition to Trumps candidacy" and promised to pay the legal fees of those who removed protesters.

Nwanguma, along with Molly Shah and Henry Brousseau, allege they were physically attacked by several members of the audicence, including Bamberger.

Bamberger can be seen on video repeatedly shoving Nwanguma. He acknowledged in his counter claim that he "touched" a woman, but denied assaulting anyone.

The filing argues that the protesters are “responsible for their own injuries” because they bought tickets to the rally, according to the New York Daily News.

Attorneys for Trump said the president, who is also being sued by the protesters, is immune from such lawsuits. They denied that Trump was urging the crowd to take action by repeatedly saying "get them out of here."

U.S. District Judge David Hale ruled earlier this month there’s evidence that could be seen as supporting allegations that the protesters' injuries were a "direct and proximate result" of Trump's actions. The judge also noted that the Supreme Court has ruled out constitutional protections for speech that incites violence.