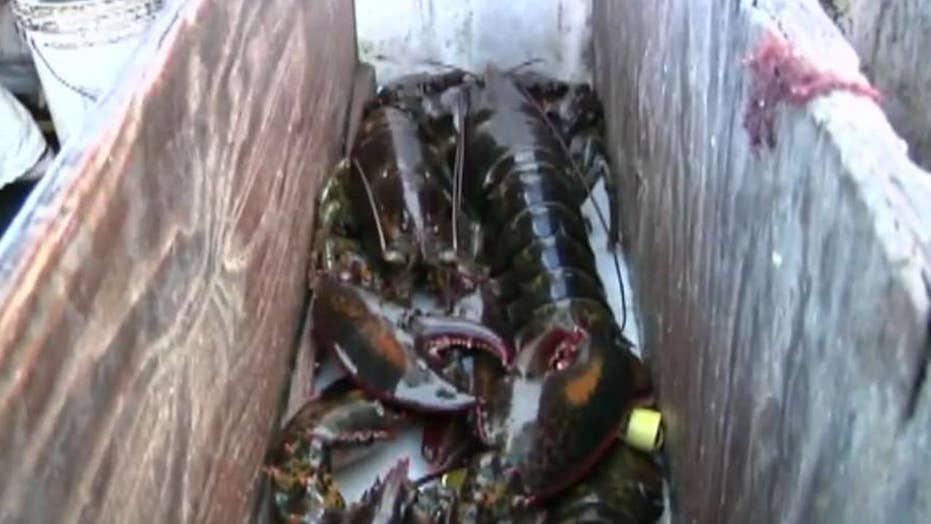 Tariff battle takes a bite out of U.S. lobster profits; Molly Line reports on the fallout.

Maine’s lobster industry, a staple of the state’s economy, is becoming a casualty in the burgeoning trade war between the U.S. and China.

But Beijing is clawing back against new U.S. tariffs, slapping an additional 25 percent levy on U.S. lobster. And those in the lobster industry fear there will be big challenges ahead.

The changes threaten profits for dealers like Michael Marceau, co-owner of The Lobster Company in Arudel.

“50 percent of what we do here at the Lobster Co. used to go to mainland China. Since, July 6 we've sent none,” said Marceau.

The company employees 20 people. Worker hours have been cut but Marceau hopes to avoid layoffs.

Advocates fear lost access to the thriving Chinese market will hit the whole industry, from wholesalers to harvesters.

“It’s a lot about rural jobs. It does have a huge impact to our rural communities, our islands and our coastal towns,” said Annie Tselikis, the executive director of the Maine Lobster Dealers Association.

“The hard part is it was an up-and-coming market,” laments lobsterman Michael Floyd, who has been pulling lobsters from the sea since childhood.

He goes out into Maine’s chilly waters year-round, pulling his catch from the depths of Casco Bay.

“Right now the price is pretty stable but the season has just barely started, too. Once the lobsters really arrive in mid-coast and the whole state... we don't know how it will go,” Floyd said.

He’s weathered many storms in his decades-long career and wonders what this latest one will mean.