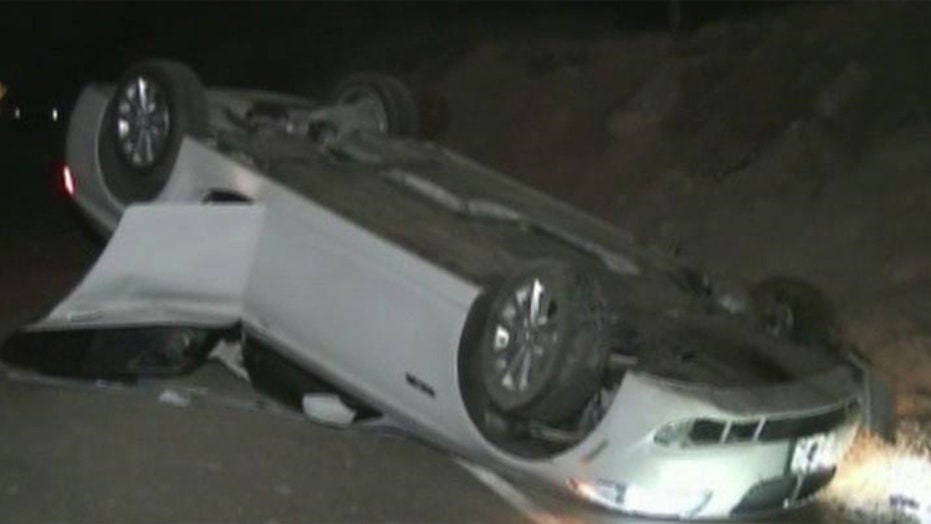 A magnitude-5.1 earthquake that shook the Los Angeles area and surrounding counties forced several dozen people in one community out of their homes after firefighters discovered foundation problems that made the buildings unsafe to enter, authorities said Saturday.

The U.S. Geological Survey said the quake struck at about 9:11 p.m. Friday night and was centered near Brea in Orange County -- about 20 miles southeast of downtown Los Angeles. It was felt as far south as San Diego and as far north as Ventura County, according to citizen responses collected online by the USGS.

The quake was preceded by two smaller foreshocks, and more than 100 aftershocks followed, including a magnitude-4.1 that hit Saturday afternoon, the largest in the sequence so far. No injuries were reported.

Fire crews red-tagged 20 apartment units in a building in the Orange County city of Fullerton after finding a major foundation crack. Structural woes including broken chimneys and leaning were uncovered in half a dozen single-family houses, which were also deemed as unsafe to occupy until building inspectors clear the structures. The damage displaced 83 residents.

Power outages were reported in some neighborhoods near the epicenter, according to the report.

Broken glass, gas leaks, a water main break and a rockslide were reported near the epicenter, according to Twitter updates from local authorities.

"A lot of the glass in the place shook like crazy," he said. "It started like a roll and then it started shaking like crazy. Everybody ran outside, hugging each other in the streets."

A helicopter news reporter from KNBC-TV reported from above that rides at Disneyland in Anaheim -- several miles from the epicenter -- were stopped as a precaution.

Tom Connolly, a Boeing employee who lives in La Mirada, the next town over from La Habra, said the 5.1 quake lasted about 30 seconds.

"We felt a really good jolt. It was a long rumble and it just didn't feel like it would end," he told The Associated Press by phone. "Right in the beginning it shook really hard, so it was a little unnerving. People got quiet and started bracing themselves by holding on to each other. It was a little scary."

Friday's quake hit a week after a pre-dawn magnitude-4.4 quake centered in the San Fernando Valley rattled a swath of Southern California. That jolt shook buildings and rattled nerves, but did not cause significant damage.

Southern California has not experienced a damaging earthquake since the 1994 magnitude-6.7 Northridge quake killed several dozen people and caused $25 billion in damage.