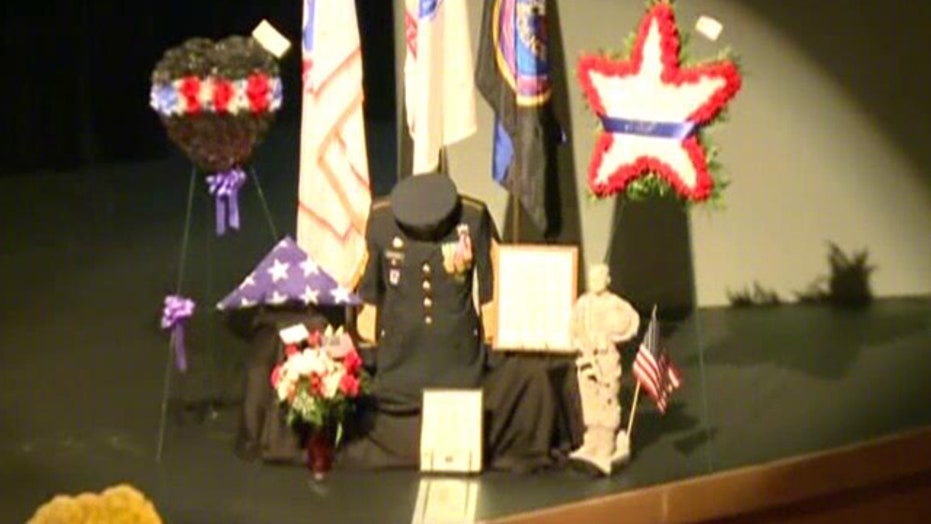 Lt. Charles Joseph Gliniewicz was shot twice, once in his vest and once “somewhere else,” with the latter shot ultimately killing the Fox Lake cop, according to a new report from FOX32, citing sources. The bullet that killed him has been recovered from his body.

This is the first time information about the number of times Gliniewicz was shot – or even the general location of where he was shot – has come to light. Lake County coroner Dr. Thomas Rudd said Wednesday that a “single devastating” gunshot wound killed the Illinois cop, whose mysterious death on Sept. 1 sparked a massive manhunt. It has not yet been determined if Gliniewicz was shot at close range or from a distance.

"I think it's necessary that it's stated that there are no shots to the head or neck," Rudd told Fox News on Thursday. "The devastating wound is below the neck, that's all I can say as far as the position."

Rudd also said that "material" had been taken from Gliniewicz's hands and the task force is in the process of determining whether there was gunshot residue.

"This is a difficult case because we don't have any evidence of how this happened, how this bullet got into this officer," Rudd told Fox News.

Gliniewicz radioed to a dispatcher that he was chasing three suspects – a black male and two white males – shortly before he was found dead in a marshy area. Authorities have no released any other details about the suspects, and it's unclear if they have more information.

So far his death has been treated as a homicide, though authorities have recently parsed their words when discussing the case.

"Basically, mainly because the task force has also stated that they favor homicide," Rudd said. "From what we have on the table, that was my impression walking away. I always had that impression from the time of the autopsy on September 1st that this appears to be a homicide. But until more evidence comes forward, I can't make that final decision."