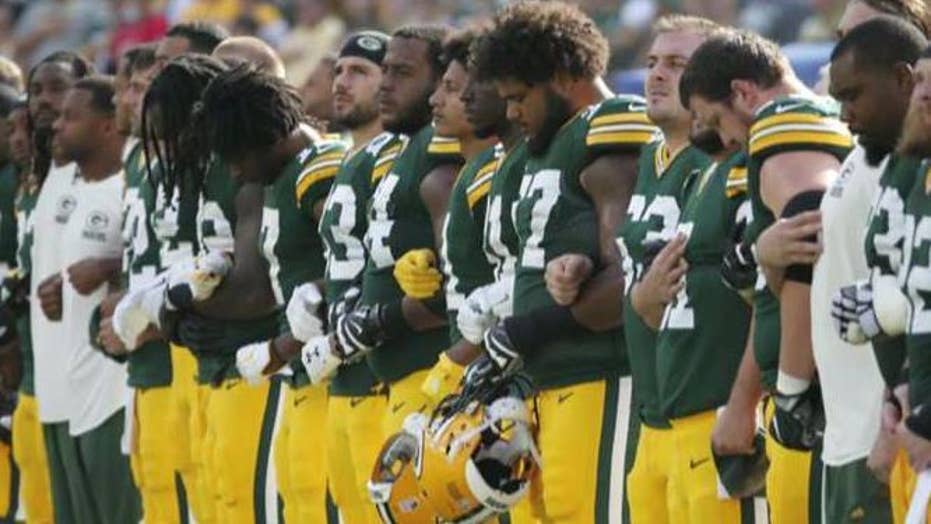 A Louisiana superintendent told his school district Wednesday that student athletes who don't stand for the national anthem could face consequences.

Scott Smith, the Bossier Parish schools superintendent, said in a statement to KTBS-TV that the least the district could do is “expect to stand in solidarity when the national anthem is played at sporting events.”

“In Bossier Parish, we believe when a student chooses to join and participate on a team, the players and coaches should stand when our National Anthem is played in a show of respect,” the statement read.

Smith said that the principals and staffs have the discretion in determining what consequences the student athlete could potentially face.

Separately, Parkway High School – one of 34 high schools in the district – said in a letter to students that failing to stand for the national anthem could result in loss of playing time.

“Parkway High School requires student athletes to stand in a respectful manner throughout the National Anthem during any sporting event in which their team is participating,” Principal Waylon Bates said in the letter obtained by The Intercept on Thursday. “Failure to comply will result in loss of playing time and/or participation as directed by the head coach and principal.”

The Louisiana High School Athletic Association said each school will be able to rule on any action taken during the national anthem, according to KSLA-TV.

The ACLU of Louisiana condemned the Bossier Parish School Board’s decision, saying punishing someone who took a knee during the national anthem is violating that student’s First Amendment rights.

Trump’s comments were condemned by NFL owners and dozens of players took a knee prior to weekend’s games, which in turn brought a backlash from some fans.