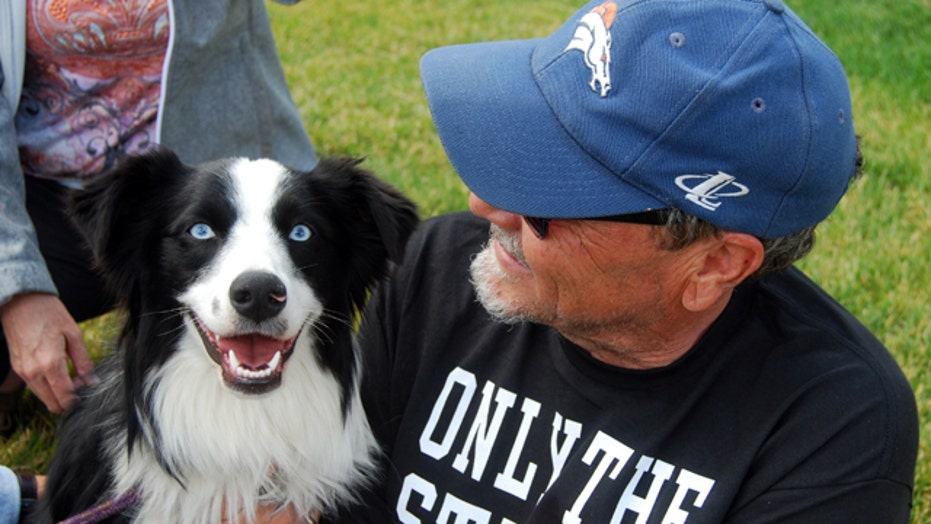 Dog reunited with owners after 42 days lost in Yellowstone

A lost dog eluded the wolves and bears in Wyoming's Yellowstone National Park during a 42-day ordeal in the wild that ended Friday with a happy reunion with her owner.

Jade, an 18-month-old Australian shepherd, ran off July 23 after an auto wreck. She was missing six weeks.

His girlfriend Laura Gillice told the Missoulian how she found Jade with the help of her dog and Jade's playmate, Leila.

“It was a beautiful morning with the fog in the meadow and another couple had stopped to take pictures and out of the corner of my eye I saw this black and white movement,” Gillice told the paper. “I asked the couple, because they had binoculars, ‘Is that a deer or a dog?’ and she said ‘It’s a dog.’ I just called to her in puppy voices. She just came running to me, like ‘Where’ve you been mom?’ "

Sowers and Gillice were seriously injured when their SUV was hit head on while driving on a Yellowstone road. The accident spooked Jade.

"When they tried to get her out of the car she bolted and she ran into the woods," Sowers said.

Over the past several weeks there were reports of Jade roaming the park.

They returned to Yellowstone several times to look for Jade and never gave up hope they would find her.