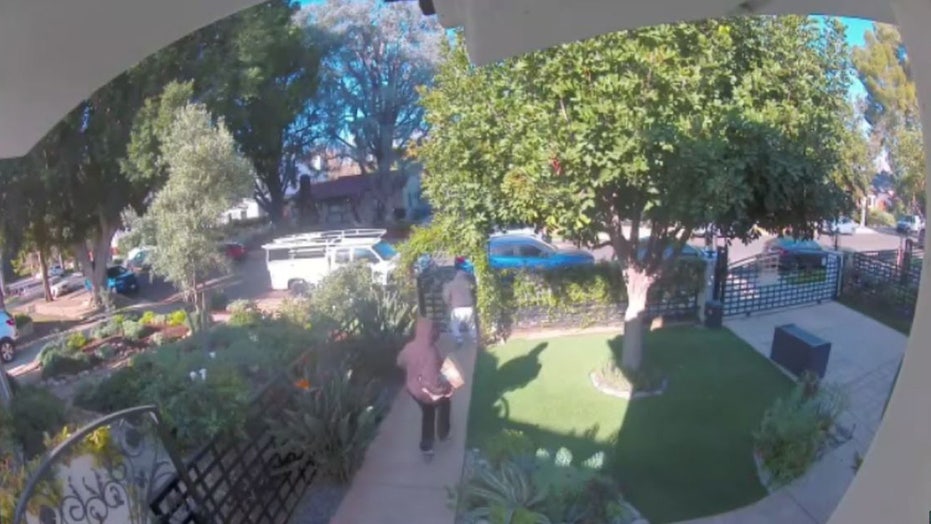 Los Angeles police are searching for two men in connection to a broad daylight armed robbery at a home in Studio City on Monday morning.

The robbery happened on the 4200 block of Babcock Avenue around 8:30 a.m., FOX11 Los Angeles reported. The Studio City neighborhood is located just 6 miles outside of Hollywood.

The female victim told the station that she was at a doctor’s appointment when she got a startling call from her husband, who was home with their baby, dog and a nanny.

"It’s probably the worst call you could receive," the victim, who wished to remain anonymous, said.

Home surveillance video captured the two men running from the home. No descriptions of the suspects were immediately available. (FOX11 Los Angeles KTTV)

Police said the armed men entered home with a key that they stole from the wife’s Tesla while she was at the doctor and found her address on a package before driving to the home themselves.

The husband told the station that the suspects came within 12 feet of him and that he saw a gun tucked into one of their waistbands. He said that the armed men fled after seeing him.

Home surveillance video captured the two men running from the home and hopping a fence. They appeared to flee in a silver BMW 5 Series sedan.

No descriptions of the suspects were immediately available.