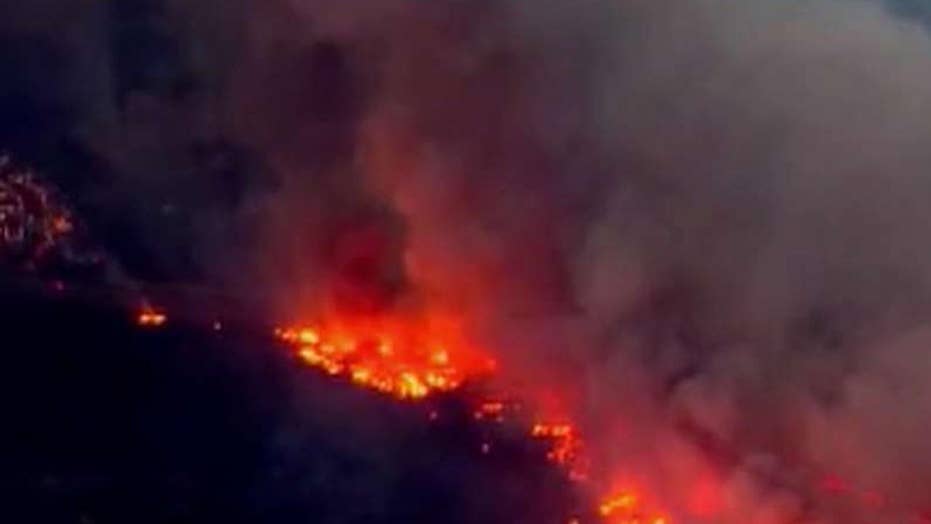 The Los Angeles Fire Department now has an eye in the sky to help monitor the flames tearing through parts of Southern California, officials said.

In a video post by the department on Thursday, the drones were launched for the first time “in an operational environment,” heading to an aerial location over the Skirball Fire.

The Skirball Fire has burned 422 acres and is 85 percent contained, according to an update Monday by the LAFD. Six structures were destroyed and 12 structures were damaged in the blaze, the update said.

The drones, which the post said flew for about 30 minutes, were not used to put out flames but rather helped firefighters get a better idea of the condition of the area, KPCC reported.

“One of them was just for a visual image from the sky to get an idea of the amount of property damage from the air,” he said. “The second purpose was to locate hot spots, where the fire is still smoldering. Once we have that information, we can dispatch our firefighters to those exact locations.”

The price of using drones is another argument for their continued use, Terrazas told KPCC.

“We’re going to be able to eliminate the need to rent an infrared camera, and then fly in our helicopters over the fires,” he said.

Terrazas added, “It’s going to be a significant saving by using these drones.”

According to StateScoop, the department now owns a total of eight drones. They reportedly will work with fire departments in Austin, Texas and the sheriff’s department in Ventura County to help grow the potential use for equipment.