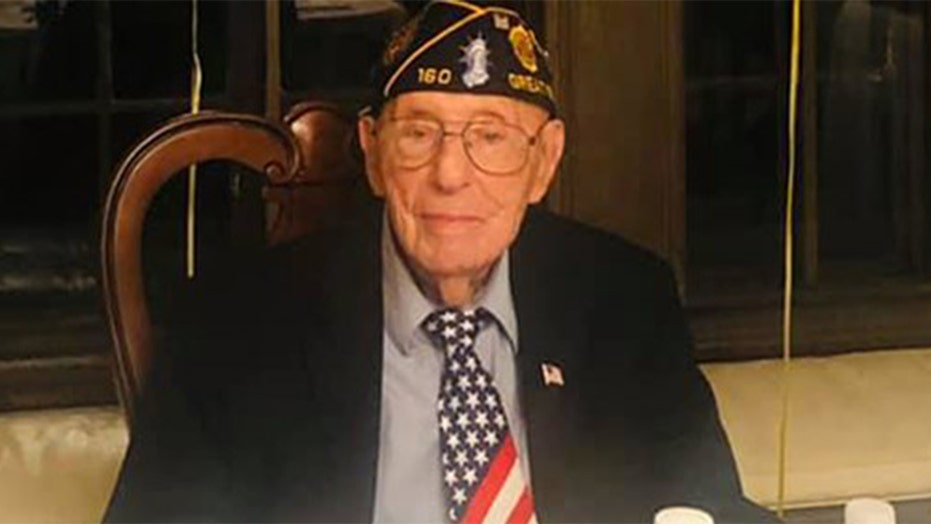 The coronavirus has killed a 100-year-old Long Island man who went through life remembering the twin brother he lost to the 1918-19 Spanish Flu pandemic when they were weeks-old infants.

Philip Kahn lived to become a decorated World War II veteran and to raise a family but never forgot his brother Samuel who died shortly after they were born in December 1919 in New York City.

The Spanish Flu pandemic killed 50 million people around the world.

Philip Kahn was 100 when he died of the coronavirus on Long Island on April 17. (Warren Zysman)

Karlin Zysman is the wife of Philip Kahn's grandson Warren Zysman, who told that station that his grandfather had always told him about his twin brother who had died during the Spanish Flu pandemic.

He flew bombing missions during the Battle of Iwo Jima and took part in the deadly fire raids over Japan, Newsday reported Wednesday. He also helped do aerial surveying of the damage done by the atomic bombs on Hiroshima and Nagasaki.

Philip Kahn recounted his participation in those 1945 fire raids in 2017, telling Newsday in an interview that “it was five months of bombing their houses and people and the people didn’t have a chance to get out. We didn’t know the number who were killed; all we knew was we dropped the bombs.”

Zysman told Fox News on Saturday that it's unclear how his grandfather became infected with the virus. He had coronavirus symptoms but was never hospitalized. He was tested for the coronavirus the morning he died.

“Tests confirmed he had COVID-19,” his cardiologist Dr. Sandeep Jauhar said on Facebook the day after Philip Kahn died. “He was a World War II veteran, one of the oldest on Long Island. Lovely man, wry wit, a kind soul. His twin brother succumbed in a different pandemic, the Spanish flu...101 years ago.”

Zysman told WCBS his grandfather had a motto that history will always repeat itself, and he knew that there was the possibility of another pandemic.

“The one silver lining is that my grandfather will finally have the opportunity to meet his twin brother after 100 years,” he said.