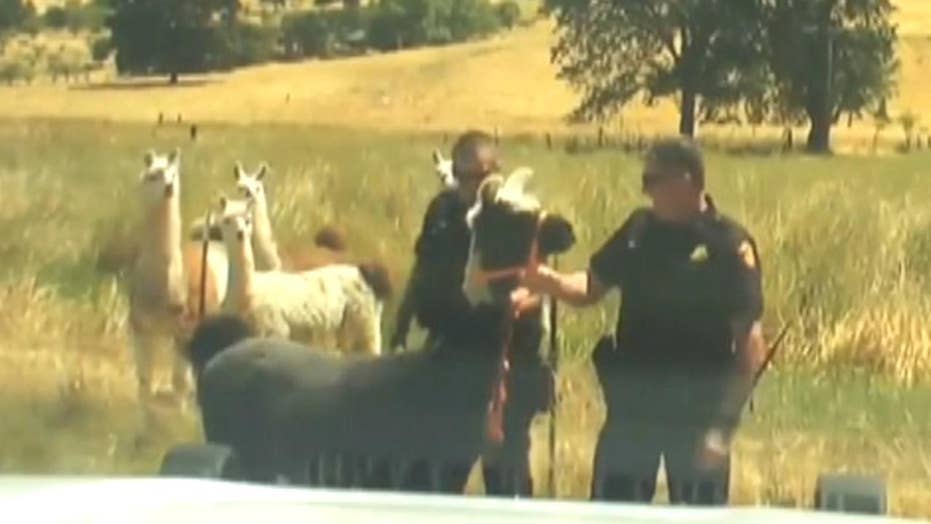 Llama on the loose wrangled by cops

Raw video: Solano County deputies chase down escaped animal in California before returning it to pasture

A loose llama put California deputies on a mission to rescue the animal -- and it was all caught on surveillance video posted online Monday.

Deputies Hollingsworth and Austin had to “think out of the box to coax this llama out of the roadway,” the Solano County Sheriff’s Office wrote in a Facebook post.

The deputies were able to put a harness on the llama after it stepped out of the road in Vacaville, while four other llama friends looked on.

Once in the harness, one of the deputies walked the llama back home while the other deputy trailed behind in the car.

The llama was “unharmed and reunited with his llama buddies after a verbal counseling,” the Solano County Sheriff’s Office said.