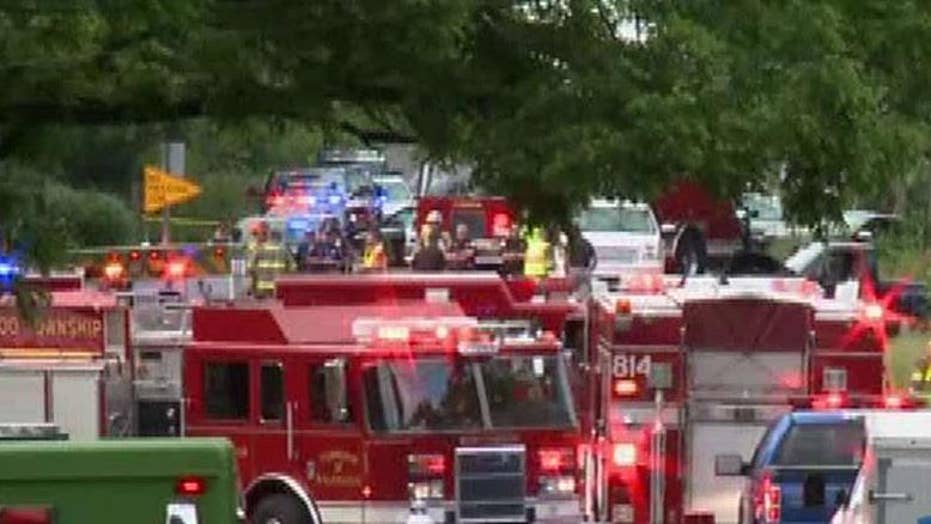 Suspect was arrested after trying to flee on foot

One neighbor who saw the truck after the accident told The Detroit Free Press that it "looked like it hit a brick wall."

The driver tried to flee on foot, but was nabbed shortly after the 7 p.m. incident, said police. The horrific scene took place near a park in Cooper Township, and local prosecutor Jeffrey Getting said the bicyclists were pronounced dead at the scene.

Neither the suspect nor the dead and injured were immediately identified. Authorities said the driver was a 50-year-old man from western Michigan, and that no children were hurt.

Getting said police had received multiple calls warning were made about the pickup earlier Tuesday "over concerns" about erratic driving. He said authorities had been searching for the driver, but there was no active pursuit at the time of the accident.

Paul Selden of the Kalamazoo Bicycle Club told MLive that he knew of a group of bicyclists who held regular rides and would have been in the vicinity of the park at the time of the crash.

"What I have seen of these riders in the past and the way (they) organize the rides, they always were led in a safe manner," he said.

Witness Markus Eberhard told WOOD-TV that he was leaving the park after going fishing when someone yelled at him to watch out. Eberhard said the pickup truck almost ran over his foot before striking the bikers.

"I saw a bunch of bikes hit the front of his truck and a couple of them flew," Eberhard said.

"All I heard was a pop and a really big crash noise," witness Arika Kruger told the station. "We didn’t see anybody walk away."