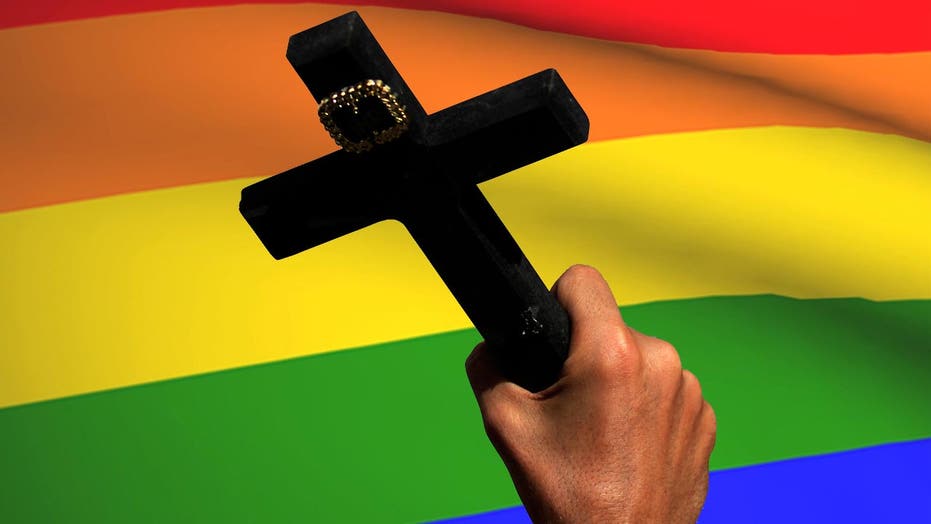 How will Houston LGBT ordinance play out in reality?

When enrolling your children in preschool, a curriculum check will now be mandatory.

"There was once a time when it was unthinkable to even mention the topic of homosexuality in a school setting," said one pro-family activist.

A new web series called "Queer Kids Stuff" aimed at preschoolers (yes, you read that right) is now attempting to teach those barely out of diapers what the phrases "gay," "bisexual," and "transgender" mean.

In the opening minutes of the first show, the host tells a teddy bear, as well as innocent viewers, that "gay means love."

Although no U.S. preschool programs have indicated yet that they will embrace the series, it may only be a matter of time.

"It is easily conceivable that videos such as these will be sanctioned eventually by local school boards and implemented in preschool and prekindergarten classes," said Sean Ryan, communications director of the pro-family organization Mass Resistance, based in Waltham, Massachusetts.

"Activists are trying to force these topics on younger and younger children because that is the only way their movement wins," he said.

"Rational adults don't buy into the so-called 'Queer Theory' or transgenderism. Unfortunately, children are a soft target for homosexual activists as they are malleable and still learning about the world."

JamesMichael Nichols, deputy editor of the Queer Voices section of The Huffington Post, claims the web series explains the "issues and language" of the LGBT community in a way "that is accessible for preschool-aged children."

The show is "intended to be a conversation starter between adults and kids about queer issues," Nichols wrote. "While the episodes may focus on explaining a basic queer idea -- like what does 'gay' mean -- it also answers questions for children that some adults may not have the ability or language to talk about."

But he's missing the point, and perhaps deliberately so. Parents may not have the language to explain LGBT issues because they don't want it -- they have control, after all, over what gets discussed in the home. Ironically, preschoolers don't "have the language" to even share with their parents all that they learn in preschool.

Parents must be the protective figures who make sure what is presented to innocent, growing minds is what they decide is fit.

"Personally I am opposed to something like this," said one Massachusetts parent.

"These are the years of the W's: who, what, when, and why," series creator Amer told The Huffington Post. "These ages are when children are learning and soaking up everything they can about the world they were pretty recently introduced to. While they are learning about the world, they are also beginning to form their own opinions about the things in this world."

Amer also said, "If they aren't seeing queerness in their world (particularly in their media), how can they know to ask questions and spark conversations (as many parents won't do this themselves)? And what happens if the first time they are introduced to a queer topic, it has a negative connotation? As soon as that happens, it is far more difficult to undo that moment than it is to simply introduce the topic truthfully and positively first."

Nichols is ecstatic about this new vehicle toting the LGBT agenda. "We're super excited about this project and can't wait to see what's ahead," he wrote. "Check out the first episode, "What Does Gay Mean?..."

"It's no surprise the LGBT movement is attempting to impose its propaganda to school children at younger and younger ages," Ryan of Mass Resistance told LifeZette. "There was once a time when it was unthinkable to even mention the topic of homosexuality in a school setting. Now, there are homosexual, bisexual [and] transgender lesson plans for kids as young as kindergarten."

"I don't think children of that age totally understand gender," Brandon Chapman of Reading, Massachusetts, told LifeZette. "Personally I would be opposed to something like this. Teaching general acceptance of people is great, but I think specifically talking about same-sex couples would be too confusing."

Ryan said today's parents naturally support the indoctrination of the young -- they themselves were indoctrinated, even if they don't realize it.

"Kids don't naturally buy into this stuff. They have to be brainwashed," he asserted. "We've seen this with the acceptance of homosexuality and homosexual marriage. Homosexuality is supported by a majority of adults aged 18-29, not because young adults just naturally support it -- but because they are the group that first began to be bombarded by this propaganda in the early 1990s."