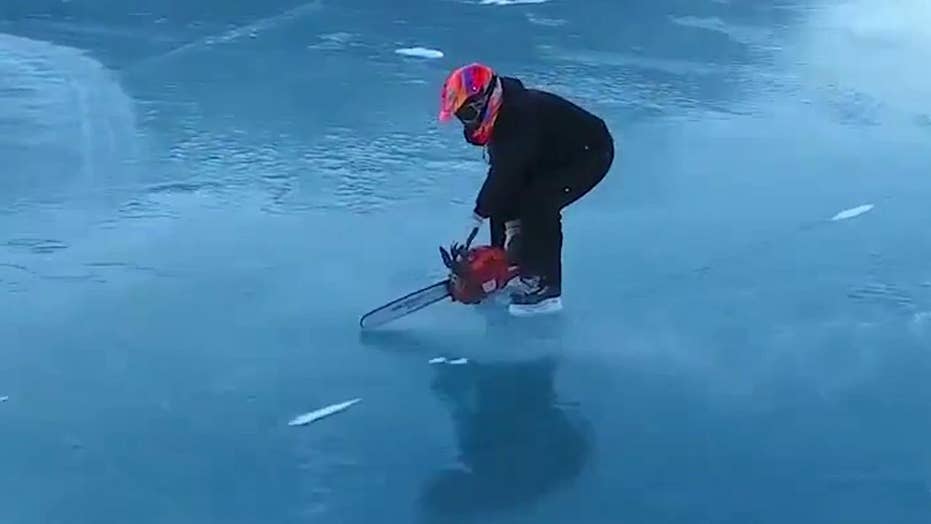 Among daredevils, this guy may have been a cut above the rest.

A man in Alaska skated across a frozen lake -- and with nothing else to propel him forward, he relied on his trusty chainsaw.

FROZEN FOX EXTRACTED FROM UPPER REACHES OF DANUBE IN GERMANY

Obviously, he made sure somebody was getting it on video. Cale Green posted the clip to YouTube last week.

"I was on Kenai Lake and a dude pulled up next to myself and a buddy on the lake and asked if I was filming. I said yes. Before I could say much else he asked me if I'd be willing to film him after he went home to get a chainsaw and use that chainsaw while wearing skates to propel himself across the lake. I said yes," Green said. "When opportunity meets preparation you've got to just say yes."

The skater managed to avoid plunging into the frigid water. In fact, he didn't appear to cut too far into the ice, instead skimming the surface with the chainsaw.

At least he was wearing a helmet.

Kenai Lake is a two-hour drive south of Anchorage.