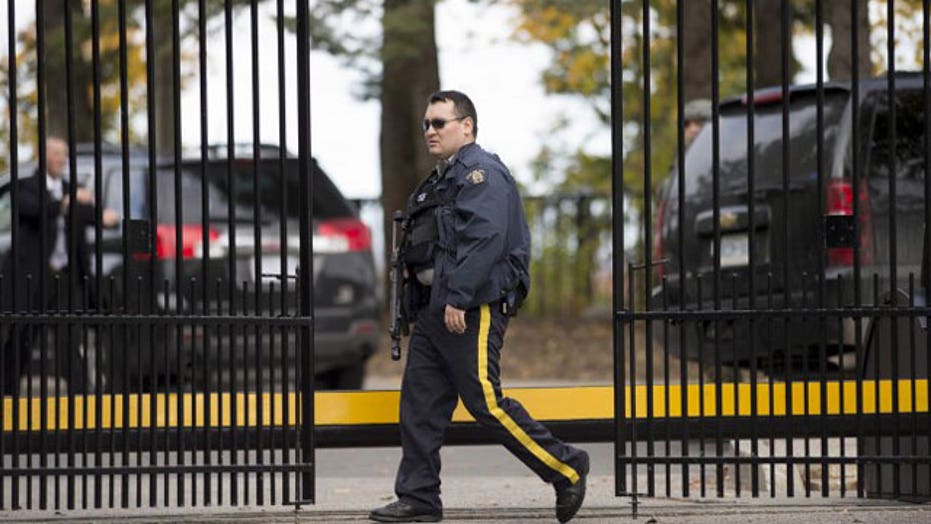 Should attack in Canada raise concerns in the US?

U.S. officials are closely following developments in the aftermath of Wednesday’s attack in Ottawa to see if there are any connections stateside.

Fox News’ Lisa Daftari spoke to law enforcement experts on how the U.S. views the attack in Canada.

“What we are learning here in the U.S. is that this can happen anywhere in the world … a ‘lone wolf’ terrorist can come into a city and cause havoc … it’s one of the biggest scares for law enforcement,” said former NYPD detective Tom Ruskin.

There is some concern over whether government buildings are secure from a potential threat. This stems from gunman Michael Zehaf-Bibeau, a Muslim fanatic, being able to get inside Canada’s Parliament complex.

Bill Daly, a former FBI officer, told FoxNews.com his sources in Ottawa believe Canadian officials haven’t seen their government buildings as much of a threat in the past as compared to the U.S.

“Their view has been that they didn’t think those would be as much of a threat as they would be in the U.S., but they had beefed it up since 9/11.”

Ruskin says U.S. officials will closely study the attack and its response. “We are monitoring better than we ever have been before, but it’s an ongoing process and solution to what we are experiencing.”

The U.S. will continue to cooperate with Canadian officials in the investigation. “There is information-sharing and a close working relationship with the RCMP [Royal Canadian Mounted Police] by the FBI. So finding out whether this individual had any contacts here or any connections to people we may have had, that will be shared with the Canadian authorities,” said Daly.

The fact Zehaf-Bibeau is Canadian-born is an important fact. “He was homegrown, so it means he didn’t make his way to Canada. And if he tried to come into the United States, I believe that our safeguards … probably would have stopped him,” said Ruskin.