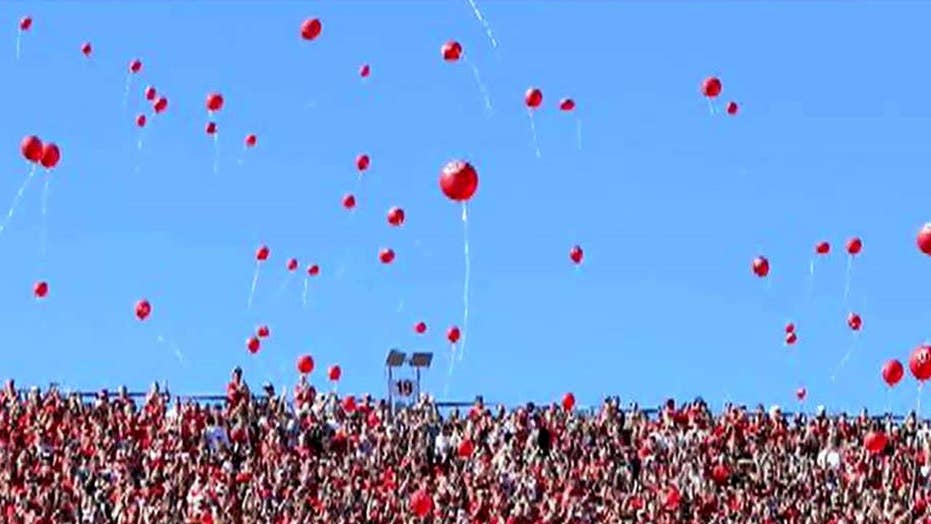 An activist in Omaha is asking a federal court to ban balloon releases at University of Nebraska football games, the latest skirmish in a nationwide battle over whether the soaring spectacles exact a heavy toll on the environment.

Randall Krause filed suit in the state’s federal court alleging the release of thousands of bright red balloons by Cornhusker fans following the first touchdown of home games violates national environmental laws. He likens the balloons to flying garbage that endangers wildlife and even children when they eventually fall to the earth.

The university, which has been releasing thousands of balloons at home games since the 1940s, doesn’t comment on pending legislation, said Steve Smith, spokesman for the school.

“It is, however, worth noting that every balloon released in Memorial Stadium is natural latex biodegradable, and they are tied off with 100% cotton strings,” Mr. Smith said in a statement.

Despite years of controversy, balloon releases are still popular at events like the upcoming Indianapolis 500 later this month. which has released balloons since 1947, according to the event’s website.

In the 1980s, there was hot competition to break the balloon-release record. At least one event proved tragic. In 1986, Cleveland’s Balloonfest sought to release 1.5 million balloons, but fickle weather prevented them from floating away. Balloons ended up blanketing the city and falling into nearby Lake Erie.

Two fishermen drowned, with the balloons taking the blame, after the Coast Guard couldn’t find the men amid all the head-sized balloons in the water, the Cleveland Plain Dealer reported at the time.

Today, about a half-dozen states and a handful of cities have laws or ordinances banning mass balloon releases, according to activists tracking regulations.