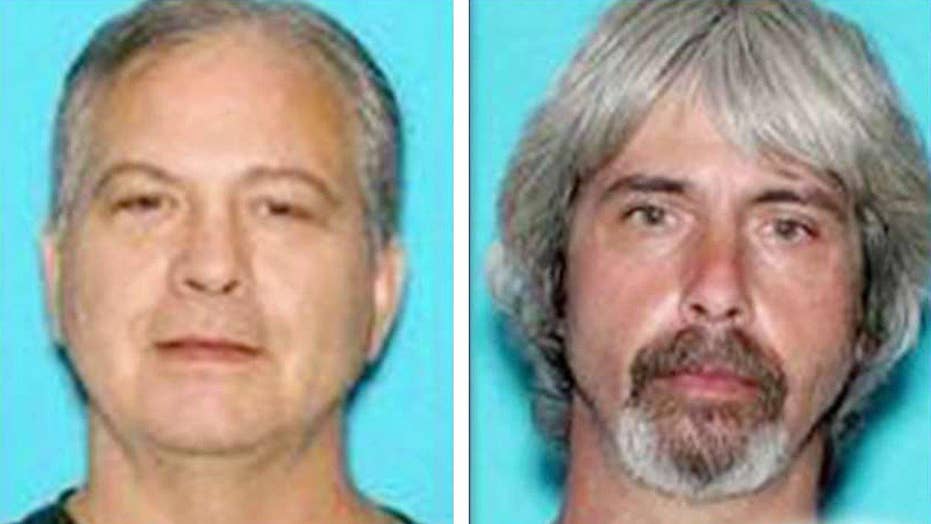 Manhunt under way for suspected killers in Washington state

Two brothers accused of killing an army vet and his wife

EVERETT, Wash. – A lawsuit has been filed against a man accused of killing a couple near Oso, burying their remains in a remote forest clearing and then fleeing to Mexico.

Shunn, 45, and his wife, 46-year-old Monique Patenaude, were killed in April. John Reed's brother, Tony Reed, has pleaded guilty to two counts of felony rendering criminal assistance. Tony Reed surrendered to authorities in May near the U.S.-Mexico border.

The lawsuit against John Reed was filed by Shunn's father to "make sure John Reed has no access to financial assets to further his escape."

John Reed is charged with two counts of first-degree murder. He is wanted on a $5 million warrant. The U.S. Marshals Service is offering a $5,000 reward for information leading to his capture and arrest.

Three days after Shunn and Patenaude disappeared John and Tony Reed tried to cash a $96,000 cashier's check at a bank in Ellensburg.

The bank refused to hand over the money in a lump-sum. It provided four checks for $14,000 written to relatives and a $40,000 check to Reed. Detectives worked with the bank to stop payment on the checks and all other bank transactions were frozen.

"They are absolutely devastated by the loss of their son and daughter in-law, who were wonderful people, well-liked and productive members of the community," Robinson said.