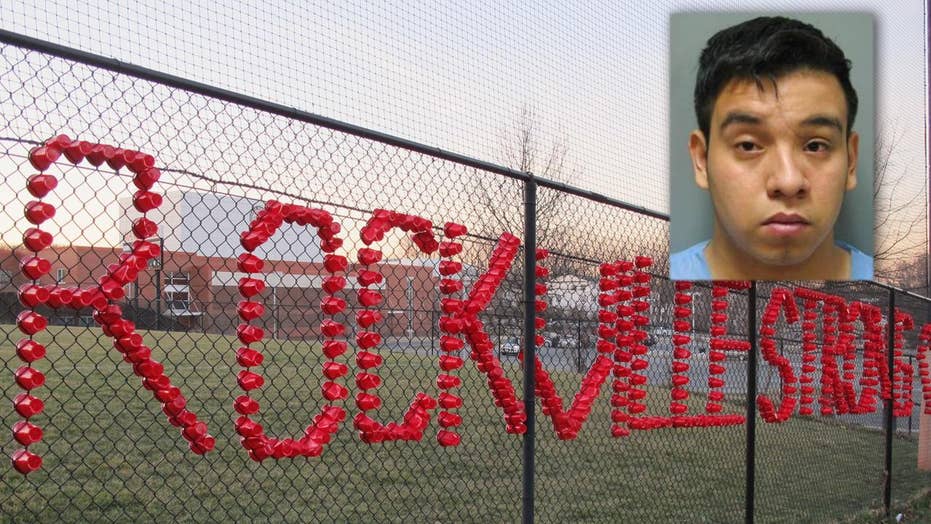 Doug McKelway has the details about the case

Pressure is mounting, as Senate lawmakers demand answers on the immigration history of two suspects in the rape of a 14-year-old girl in the boy’s bathroom of a Maryland public high school, but school officials say they were obligated to educate the pair.

The missives come on the heels of a March 22 letter from Sen. Ron Johnson, chairman of the Senate Homeland Security and Government Affairs Committee, to Thomas Homan, acting director of U.S. Immigration and Customs Enforcement (ICE).

Both senators want to know if suspects Jose Montano, 17, and Henry Sanchez Milian, 18, were “two unaccompanied minors who crossed the border illegally from Central America.” Both students were enrolled as freshmen with students several years younger, such as the victim.

Montgomery County Public Schools Superintendent Jack Smith told the local DC Fox affiliate, “we have a lot of 18-year-olds in our schools.” He said it was common for that school system to have adults with limited English speaking skills enrolled as freshman.

Smith opened a press conference on Tuesday by citing a 1982 Supreme Court case, Plyler v Doe, that struck down a Texas law that had barred students who had not legally entered the country from attending public schools, citing a violation of the Equal Protection Clause of the Fourteenth Amendment.

According to a fact-sheet released in 2014 by the Federal Department of Education, “under the law, the U. S. Department of Health and Human Services (HHS) is required to care for unaccompanied children apprehended while crossing the border.”

The DOE document goes on to state, “recently arrived unaccompanied children are later released from federal custody to an appropriate sponsor – usually a parent, relative, or family friend – who can safely and appropriately care for them while their immigration cases proceed.”

As for education after they are released into the custody of a family member in the U.S., “these children have a right under federal law to enroll in public elementary and secondary schools in their local communities and to benefit from educational services, as do all children in the U.S.”

“Because Montano and Sanchez Milian were unaccompanied minors at the time they crossed the border, HHS was in charge of their care and placement while in the United States,” Grassley wrote to Secretary Tom Price of the Department of Health and Human Services.

Grassley asked for a comprehensive timeline of events beginning with their entry into the U.S., as well as a report on the family members or sponsors in Maryland that took custody of the minors once they were released from HHS’s care last year.

But although school systems may be constitutionally obligated to welcome unaccompanied minors or undocumented immigrants, communities are not. Sanctuary cities are not only not mandated by the constitution, their refusal to cooperate with federal immigration officials can in some case be against the law.

Although Montgomery County is not a sanctuary jurisdiction, it is on a recent list of U.S. Immigration and Customs Enforcement designated localities “that have enacted policies which limit cooperation with ICE”.

Just days after the alleged rape of the young girl that distressed the nation, Maryland state legislature presented a bill to become a sanctuary state. Gov. Larry Hogan pledged to veto the bill, citing the “brutal and violent” Rockville rape.