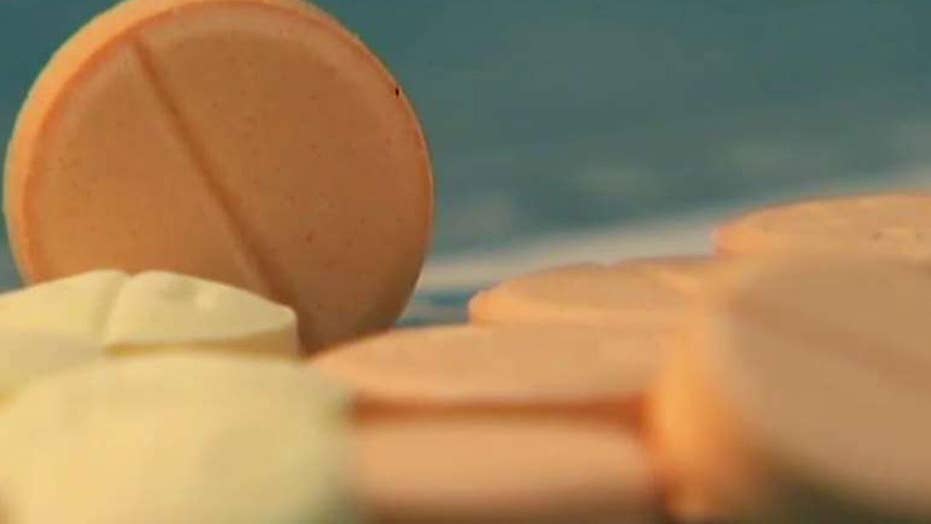 How do we combat the opioid crisis in America?

A newly released report is urging state, local, and federal governments to allow sites where people can inject themselves with drugs under supervision as part of an effort to prevent overdose deaths – but cities are hesitant to agree.

A “safe consumption site” already has opened at an undisclosed U.S. urban area and a report in the American Journal of Preventive Medicine reported life-saving benefits for drug users as well as improved conditions for the surrounding community.

The study was approved by University of California, San Diego, and monitored by Alex Kral, an epidemiologist at RTI International and Peter Davidson, a medical sociologist at UC San Diego School of Medicine.

The results were released Tuesday in an evaluation of the site since it began in September 2014.

The site has overseen 2,574 injections by more than 100 users, with only two overdoses that were revived by naloxone - the reverse-overdose drug - by supervisors. The majority of participants were white, homeless males who most commonly used heroin as their drug of choice.

The doctors concluded that the site prevented injection-related injury and disease among the users and averted public shoot-ups. They argued that under a sanctioned site, they would be able to serve more people, provide more services, and unveil the “full benefits” the sites have to offer.

So they called on lawmakers to break down the barriers blocking injection sites from being implemented.

“It is time for local, state, and federal governments to consider removing legal barriers such that a comprehensive pilot of this innovative intervention can be implemented,” Kral and Davidson wrote in the report.

Modeled on the safe consumption site in Vancouver, Seattle’s King County passed a plan in January to open the first two injection sites in the United States.

That brought a quick response from lawmakers in Seattle, who began opting out of the proposal to host one of the sites.

As of Tuesday, three cities within the county voted pre-emptively to ban injection sites.

Federal Way council member Martin A. Moore represents the most recent county to push back against injection sites. He said such an implementation would be “a warm welcome to drug dealing, property crime, violence, prostitution, and urban blight” in the community.

“The injection-site idea is an unproven, extreme experiment with questionable benefits and huge, huge drawbacks,” Moore told Fox News in an email.

The Initiative 27 coalition also launched a campaign in May to pass a ban on illegal drug consumption sites in King County and has obtained 70,000 signatures.

“Democrats and Republicans alike agree that this is the wrong direction for the county,” campaign manager Keith Schipper told Fox News.

The ‘not in my backyard’ sentiment is fundamentally rooted in the nation’s stigma against substance abuse, according to Northeastern University Professor of Law and Health Sciences Leo Beletsky. He predicts that safe consumption spaces must undergo the same process as marijuana legalization and reveal its effects from a couple of pioneering sites, then scale up across the nation.

“Law did not lead, innovation happened first,” Beletsky told Fox News. “[Marijuana] experimentation helped to advocate and create the evidence that then changed the law. Waiting for state and federal reform to implement is not how progress has been made.”

In the American Journal of Public Health, Beletsky reported that evidence of existing facilities have shown promise in reducing harms and social costs associated with injection drug use.

“What the research has shown from the ten countries who have had these sites from the last two decades is that they help the communities,” Kral told Fox. “It reduces public injections, needles in the streets, crime and violence in the neighborhood, demand for ambulance services - and people who use these services are less likely to overdose, less likely to get infectious diseases and more likely to get involved in drug treatment.”

In the U.S., California, New York City, Boston and Ithaca, N.Y., have dabbled with the idea, but none has taken official steps towards implementation.

The leading contributor to the epidemic is the nation’s health care system, according to the Opioid Commission led by New Jersey Gov. Chris Christie. In a letter addressed to the president, Christie cited a Substance Abuse and Mental Health Services Administration report that four out of every five new heroin users began with prescription opioid abuse.

President Trump on Thursday said he was declaring the opioid crisis a national emergency. Doing so was the most urgent recommendation in a letter sent last week to the president by his own opioid commission.