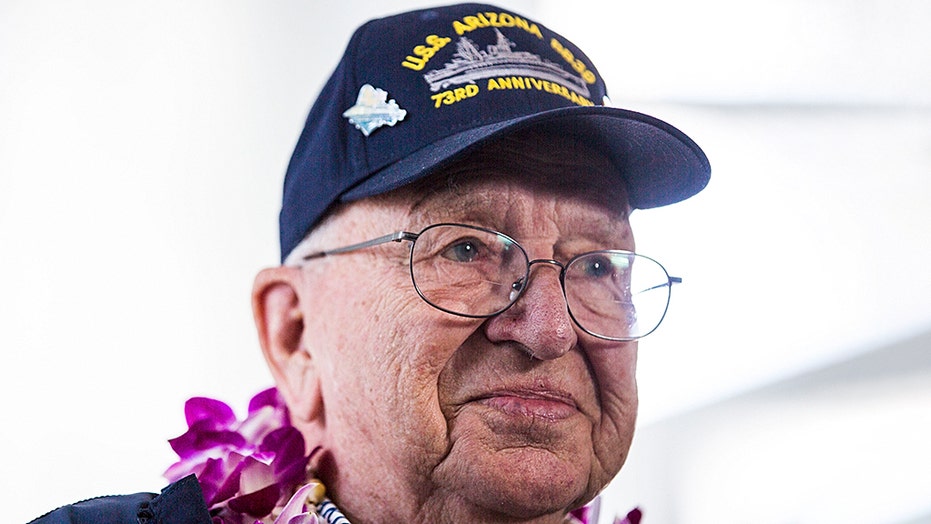 Lauren Bruner, one of the last four survivors of the attack on the USS Arizona by Japanese planes on Dec. 7, 1941, died Tuesday in California. He was 98.

“We are deeply saddened to share the news that Pearl Harbor Survivor Lauren Bruner has passed away,” the Pearl Harbor National Memorial said in a Facebook post on Wednesday. “Lauren has come back to Hawaii many times over the years and was well known to many of us here at the visitor center. He will be greatly missed.”

Bruner, who was a 21-year-old fire controlman third class in charge of the ship’s .50-caliber guns, was the second to last person to leave the burning ship after the onslaught by the Japanese.

In a 2014 interview with Arizona Public Radio, he recalled that on the morning of Dec. 7 he raced up from below the ship’s deck when the attack began. He said he saw a Japanese plane fly by so closely that he could see the pilot’s face with a “big old grin on his face, mouth wide open.”

“I could see all those teeth,” Bruner recalled. “You wanted to reach and bust him one.”

USS ARIZONA MEMORIAL AT PEARL HABOR ON TRACK FOR REOPENING, AS NAVY VOLUNTEERS HELP TO CLEAN UP ICONIC SITE 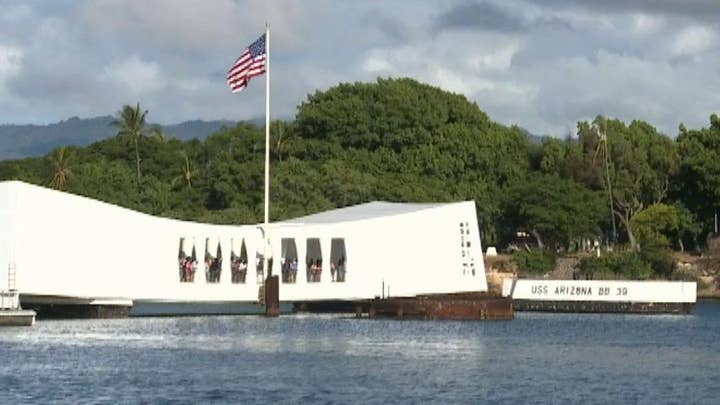 The Arizona was hit with four bombs – one of them hitting past three levels of the ship and into a powder magazine.

Bruner and five others were stranded on the sinking ship and were able to escape by grappling for 70 feet on a rope to a nearby repair ship, the USS Vestal.

Despite having burns on over 70 percent of his body, Bruner recovered and was later assigned to the USS Coghlan, where he participated in eight major engagements in the Aleutian Islands and seven operations in the South Pacific.

Bruner, who received the Purple Heart, chronicled his experience of the attack in “Second to the Last to Leave USS Arizona,” a book he co-authored in 2017.

With his death, only three more survivors of the USS Arizona are still alive: Don Stratton, 97, Lou Conter, 98, and Ken Potts, 98.

USS Arizona survivors(L to R) Donald Stratton, Louis Conter, John Anderson and Lauren Bruner pose for a picture in front of the Remembrance Wall on the USS Arizona Memorial during ceremonies honoring the 73rd anniversary of the attack on Pearl Harbor at the World War II Valor in the Pacific National Monument in Honolulu, Hawaii December 7, 2014. (UNITED STATES - Tags: SOCIETY MILITARY ANNIVERSARY)

“Lauren was always quick with a laugh and had a smile that would brighten an entire room. Lauren will truly be missed not just by us, but by the world,” Stratton wrote in a Facebook post. “Rest in peace dear sailor. Your story will ALWAYS be remembered.”

Bruner will be interred on the USS Arizona with his fallen comrades.