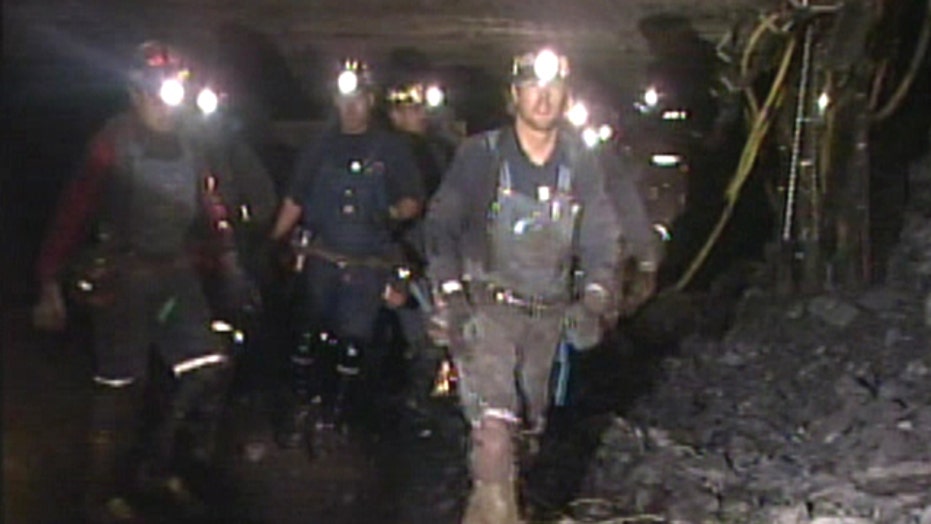 Flashback: Race to rescue miners from Crandall Canyon Mine

August, 2007: Raw video from inside Utah coal mine as efforts are made to find trapped miners

Six years after a Utah coal mine collapsed, entombing six miners and killing three would-be rescuers, a $100,000 fine levied against an engineering company that negligently approved the operation — allowing the weight of a 10,000-foot mountain to collapse on the miners — gives little comfort to the victims’ families.

The penalty for Agapito Associates, an engineering firm responsible for a "high negligence” violation at the Emery County mine, was announced Wednesday by Mine Safety and Health Administration officials, culminating a six-year protracted saga. Agapito approved plans to thin the coal columns needed to support the mountain's weight, a decision family members said indicated that profit came before safety.

“I don’t believe this is adequate,” Gayle McDonald, whose brother died in the collapse, told FoxNews.com early Thursday from her Utah home. “You know, it just brings back the loss and it’s such a deep cut on our family’s heart. I don’t know if we’ll ever think something is adequate.”

McDonald's brother, Dale Black, a 49-year-old foreman and veteran miner, admitted he was fearful of the conditions at the Crandall Canyon Mine just days before the collapse that entombed six miners nearly a half-mile underground on Aug. 6, 2007. Days later, Black, another rescuer and a federal inspector also were killed by a subsequent cave-in while trying to free the trapped men.

The latest penalty connected to the disaster is merely a “continuance of how ridiculous” the entire process has become, McDonald said. The operator of the mine, Genwal Resources Inc., agreed to pay nearly $950,000 in civil penalties late last year and separately pleaded guilty to a pair of misdemeanors for violating safety standards, resulting in a $500,000 fine.

McDonald said she “just knew” that the subsequent cave-in at the mine 10 days later would be tragic for their family, particularly for Black’s two children, Ashley and Corey.

“Our whole family knew, we just felt that Dale would be right in the thick of things,” she said. “Just two days before he left he admitted his fear … and he was right.”

Frank Allred, whose 57-year-old brother Kerry was one of the miners killed in the collapse that was so powerful it registered as a magnitude 3.9 earthquake, said he had “mixed feelings” about the latest settlement.

FLASHBACK: The faces of the miners lost in the Crandall Canyon collapse

“I was able to talk to my brother a little bit before the disaster and I just kind of got the idea that [mine operators] were in there as a snatch-and-grab-and-get-out type of thing. And all the miners who were involved, if they bitched or moaned, they would put them someplace else or fire them.”

Allred, who became emotional during a telephone interview early Thursday, said his brother’s three adult children have been able to move on as best as they can, but added that nothing can replace a father.

“But the bottom line is, no matter what’s done, it’s not going to bring those guys back,” Allred said.

Allred said his brother suffered countless injuries during his nearly 28 years of mining experience, including severe back ailments.

“Kerry was in such bad shape,” he said. “Coal mines knock the hell out of people. It cripples them.”

Mark Tanner, an attorney for the family of Brandon Phillips, a 24-year-old miner with three weeks of experience prior to the deadly disaster, told FoxNews.com that the “sorrow” continues for Phillips’ relatives, including his 11-year-old son, despite monetary penalties.

FLASHBACK: Calls for justice in Utah mine collapse

“We continue to remember Brandon and his co-workers and the tragic loss of their lives in the Crandall Canyon mine disaster,” Tanner said. “As we watch their children grow, it continues to bring sorrow and pain knowing that such a disaster didn’t have to occur. The payment of these civil fines is inadequate to properly address both the wrongs that were committed and the losses that have been endured.”