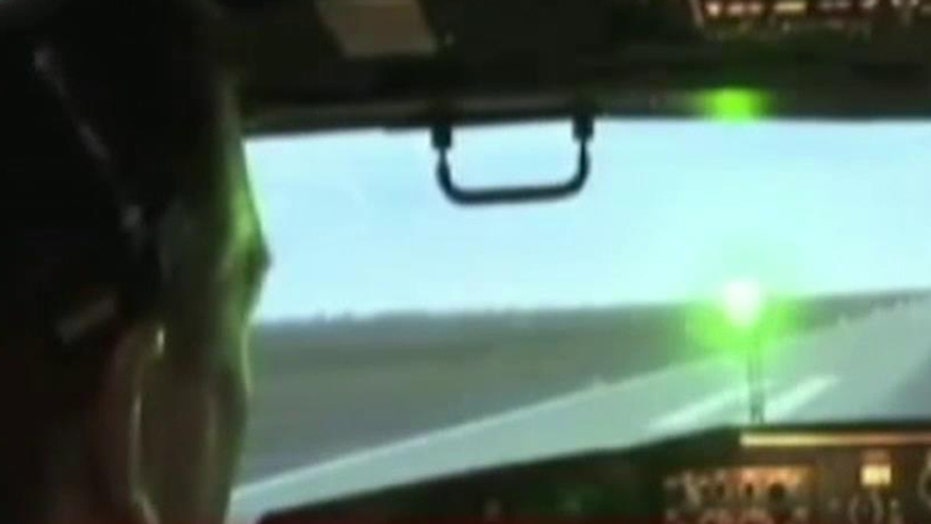 The FBI has launched an investigation after pilots landing at the Cleveland airport were distracted by lasers more than two dozen times since December.

The FBI announced the probe Friday and it comes after incidents on Wednesday and Thursday in which laser beams were aimed at aircraft flying into Cleveland Hopkins International Airport, Fox 8 Cleveland reports.

Those laser strikes are believed to have originated from an area on the Cleveland-Lakewood border near Lake Erie.

The FBI said it was also investigating prior laser strikes that occurred Dec. 16 and involved 25 commercial airliners landing at the airport.

Those incidents are believed to have originated from an area on Cleveland's west side.

"On each of these occurrences, the pilots have reported that the laser caused them difficulty with concentrating," said Vicki Anderson of the Cleveland FBI told WKYC-TV. "It can cause them flash blindness, it can cause them to have some spotty looks, you know when you shine a light in your eyes you can see spots afterward. And of course it distracts them, sometimes it has disoriented them."

She also said the lasers could cause the pilots to divert their flight.

"It hasn't happened in our area as far as pilots having to divert their flights but in other areas it has happened because of laser strikes and thank goodness there's been no catastrophic crashes but it is concerning," she told the station.

The pilot landing on Wednesday reported seeing a green laser coming from about eight miles away from the airport, a spokeswoman for the Federal Aviation Administration told the Cleveland Plain Dealer.

Aiming a beam of a laser pointer at an aircraft is a federal crime, punishable by a fine or prison time.

Most reported laser incidents occur when planes are lower than 10,000 feet, with the highest percentage under 6,000 feet.

Anderson said the FBI and law enforcement partners are asking the public for help in tracking those responsible for the laser strikes.

She said the tipsters can remain anonymous and there is reward money available if the tip leads to a prosecution.