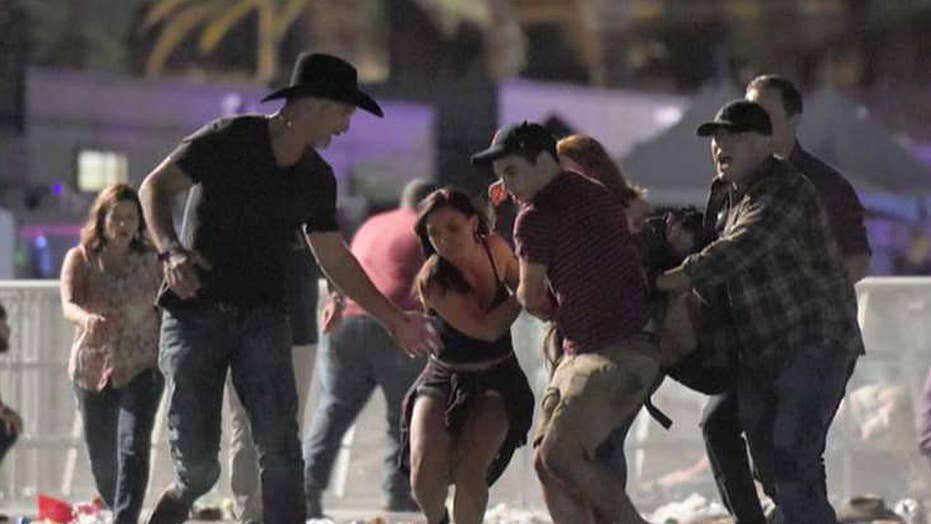 Attorney for Vegas survivors speaks out about MGM lawsuit

Survivors of the Las Vegas massacre on Monday sounded off on the lawsuits filed against them by MGM Resorts International that seek to shield the company from liability in the attack.

The company owns the Mandalay Bay Resort & Casino where gunman Stephen Paddock fired onto a crowd of concertgoers from a room on the hotel’s 32nd floor, killing 58 and injuring hundreds more this past October.

MGM earlier this month sued survivors of the deadliest shooting in modern U.S. history, as well as relatives of the deceased, in an effort to protect itself from potentially significant legal claims. The company’s legal maneuver seeks to put the battle over liability for the massacre in federal court.

“It’s not only insulting, it enrages me to think that this company can just try to skip out on their responsibility and liability for what happened,” said Jason McMillan, who was paralyzed from the waist down in the attack and has been sued by MGM.

Seated in a wheelchair, McMillan, a sheriff’s deputy from Riverside County, Calif., broke down and held his face in his hand as he described being shot—and unable to move—at the country music concert on Oct. 1.

“I rarely ask for help and I love helping other people,” McMillan said at a news conference in Newport Beach, Calif., on Monday with other survivors. “I couldn’t help anybody.”

McMillan, a father of two, said his fiancée dragged him over bodies and through blood to safety. He said that MGM’s suit brought up bad memories. “It brings it all up again and takes me right back to being helpless,” he said

Debra DeShong, a spokeswoman for MGM, said it was “heartbreaking to hear these personal accounts of an unspeakable tragedy. No one wins from endless litigation and it will not change the fact that one person is responsible for this horrendous act of violence and he took his own life rather than face justice.”

“Getting everyone in the same court, is the best and fastest way to resolve these cases,” DeShong said.